Brar was the star, scoring 25* and then dismissing Kohli, Maxwell, de Villiers 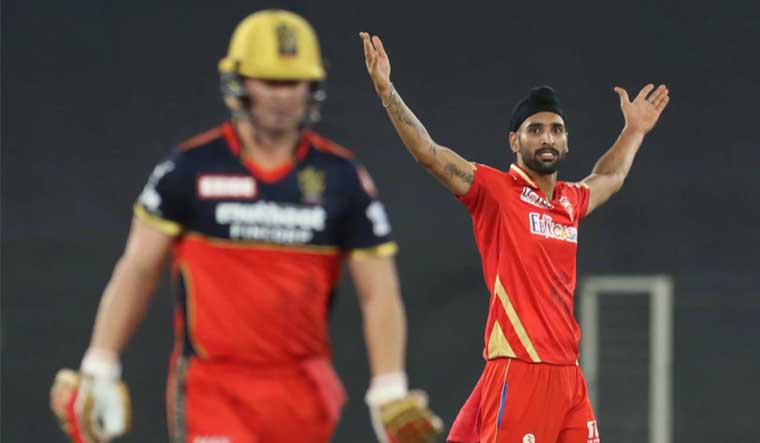 Harpreet Brar of Punjab Kings celebrates the wicket of AB de Villiers of Royal Challengers Bangalore during match 26 of the IPL 2021, at the Narendra Modi Stadium, Ahmedabad | via iplt20.com

Put into bat, opener Rahul anchored the innings with a 57-ball 91*, while Chris Gayle (46 off 24) and Harpreet Brar (25 off 17 balls) were the other contributors as Punjab posted a competitive 179 for five.