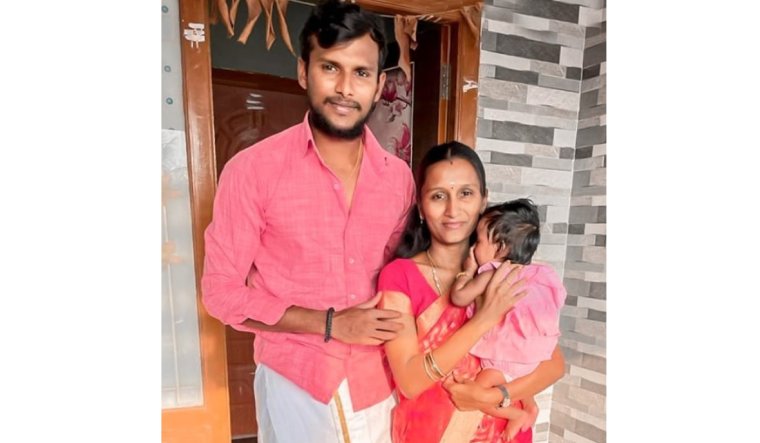 T. Natarajan with his wife and daughter | via Instagram/@natarajan_jayaprakash

“Our little angel Hanvika. You are our life’s most beautiful gift. You are the reason why our life is so much happier. Thank you laddu for choosing us as ur parents. we love u always and forever (sic),” he captioned the post, with the hashtag #daughtersarethebest.

Natarajan had missed the birth of his daughter during last year’s Indian Premier League, which was staged in the UAE due to the COVID-19 pandemic. Players were confined to bio-secure bubbles during the duration of the tournament. Soon after, Indian players had to leave for the tour of Australia, for which Natarajan received his maiden call-up for the national side.

The Sunrisers Hyderabad player was initially named in the squad for the T20I series after his impressive performance in the 2020 IPL. However, an injury-ravaged Indian team named him for the ODI and Test series as well.

Natarajan is the only Indian cricketer to make his international debut across all three formats during the same tour.

The Tamil Nadu player picked up two wickets in the third ODI against Australia in Canberra as India won by 13 runs. In the three-match T20I series, which India won 2-1, Natarajan took six wickets.

He made his Test debut during India’s historic series-clinching win at the Gabba, where he took three wickets.

Natarajan was rested for India’s ongoing Test series against England so he could spend time with his family. He will be seen in India colours for the five-match T20I series, starting March 12.