ISL: Bengaluru FC seek to bounce back in clash against Jamshedpur 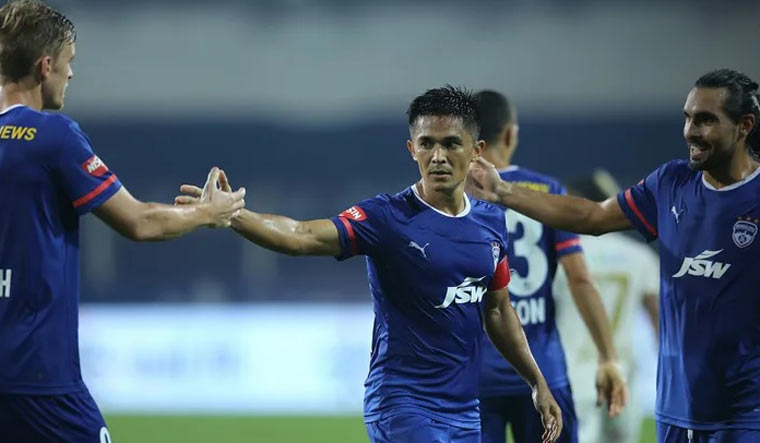 Bengaluru have been inconsistent this season as they have three wins, three draws and one loss | ISL official website

Former champions Bengaluru FC would look to bounce back from their first defeat of the season when they face a struggling Jamshedpur FC in an Indian Super League match in Margao on Monday.

Bengaluru, who lost 0-1 to ATK Mohun Bagan on December 21, are currently placed third with 12 points. They would look to quickly regroup and close the gap with Mumbai City FC and ATK Mohun Bagan (both on 16 points).

Bengaluru have been inconsistent this season as they have three wins, three draws and one loss so far. They have not been able to build a winning momentum.

Sixth on the table, Jamshedpur are also coming into this match after a 1-2 defeat at the hands of FC Goa and they would look for their third win of the season.

“Jamshedpur are doing really good work and they deserve to have more points on the table,” said Cuadrat.

“We have to control Jamshedpur. Their foreigners are getting better with every passing week, and their young Indian players are also doing well. Jamshedpur will be a tough opponent to face, but we have a plan, and we will try to get the three points.”

While scoring goals has never been a problem for BFC, their defence hasn't looked goo. They have conceded eight goals in their first seven matches of the season, while shipping just nine during the 2019-20 season.

Jamshedpur will bank on Nerijus Valskis to cause problems for the opposition defence, having scored six goals. The Lithuanian, however, is yet to score against BFC.

“We have a plan, a good structure and we have conceded the least goals in the previous season. We maintain a high line and it is part of the plan. Valskis could not score against us last season and we will try to do the right things in the next game as well,” Cuadrat said.

“It's a tough game for both teams. BFC are well respected. They have a terrific coach and very good players. Very hard working and organised team,” he said.

“We are looking forward to playing against the best teams and best players. We are capable of winning against best. But we need to be at our best against a very good team BFC.”