Tanmay Srivastava retires from the game at 30 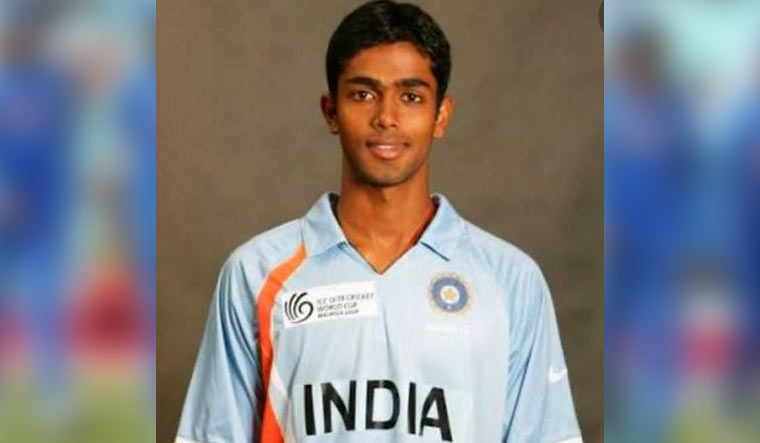 The legendary 2008 U-19 Cricket World Cup-winning squad included many players who are staples of Indian cricket today: Virat Kohli (who led the squad) and Ravindra Jadeja come to mind. However, while Kohli went on to captain the national cricket team, the top runs-scorer from that tournament found relatively less prominence in the years that followed: Tanmay Srivastava.

On Saturday, Srivastava, 30, announced his retirement from all forms of cricket on Saturday, saying he had found new dreams and bigger aspirations to work towards.

The left-hander took to social media to make the announcement but did not specify his new plans.

"It's time to bid adieu to my cricketing playing career! I've built memories, made friends, achieved the best I could in these playing Junior Cricket, Ranji Trophy and most-importantly being a good performer in U-19 World Cup, 2008 and bringing the cup home with the team!!," the Kanpur-born cricketer tweeted.

In a lengthy note that followed, Srivastava thanked his coaches, Uttar Pradesh cricket administrators, parents and wife for being a constant source of support.

“I have decided to hang my boots and call it a day as I announce my retirement from all formats of domestic cricket. From now on, I will only play for my company ONGC. Cricket has given me all that I am today, it has given me life’s greatest lessons and some amazing mentors, coaches, team mates and friends,” he wrote.

“I have had some very good memories on and off the field. As a child, when my father took me to the stadium, many a times I got injured and could not play. He always told me that there will be many moments like these in life when you will face a fall, they must not make you weak but motivate you to come back stronger.”

"I think I have made enough cricketing memories on and off the field to last me a lifetime. For all those who still feel, I should have not retired yet, well...I have new dreams and bigger aspirations and now is the time to work towards them. Now is the time for the next chapter."

It’s time to bid adeu to my cricketing playing career! I’ve built memories, made friends, achieved the best I could in these years playing Junior Cricket, Ranji Trophy and most importantly being a good performer in U-19 World Cup,2008 and bringing the cup home with the team!! pic.twitter.com/gYCvPGNV5g

Srivastava played 90 first-class matches and scored 4,918 runs, with 10 centuries and 27 fifties to his name. He could, however, never make the cut for senior national team.

He represented Uttar Pradesh and later captained Uttarakhand in domestic cricket. In the IPL, he turned up for Kings XI Punjab and the now-defunct Kochi Tuskers.

In the 2008 U-19 World Cup in Malaysia, Srivastava had finished as the tournament's leading run-scorer with 262 runs and played a key role in the final, scoring 43, which the Indian team had won.