Ganguly reveals how he was dropped from team, says ‘everyone was involved’ 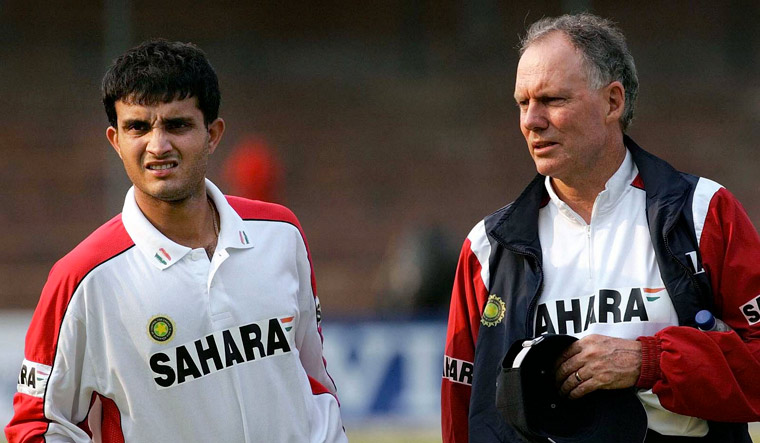 Former Indian cricket captain Sourav Ganguly revealed the “biggest setback” of his career was when he was stripped of his captaincy and eventually dropped from the national side in 2005.

Many senior cricketers, including Ganguly, have talked about the period when India was coached by Australian Greg Chappell and his strained relationship with others in the team.

Ganguly told Bengali newspaper Sangbad Pratidin that stripping him of captaincy was an “injustice” and the manner in which he was treated could have been avoided.

“That was the biggest setback of my career. It was an absolute injustice. I know you can’t get justice all the time but even then that treatment could have been avoided. I was the captain of the team which had just won in Zimbabwe and I get sacked after returning home?” Ganguly said.

“I dreamt of winning the 2007 World Cup for India. We had lost in the final the previous time. I had reasons to dream, too. The team had played so well under me for the last five years whether it was home or away. Then you suddenly drop me? First, you say I’m not in the ODI side, then you drop me from the Test team, too,” he remarked.

However, the current BCCI president added that it was not all on Chappell and it required the backing of an entire system. It started with an e-mail Chappell sent to the BCCI against him, but everyone was involved, he said. He had earlier admitted that helping the Board rope in Chappell as the head coach was the “biggest mistake” of his career.

“I don’t want to blame Greg Chappell alone. There is no doubt about the fact that he was the one who started it. He suddenly sends an email against me to the board which gets leaked too. Does something like this happen? A cricket team is like a family. There can differences of opinion, misunderstandings in the family but that should be sorted out with dialogue. You are the coach, if you believed that I should play in a certain manner then come and tell me. When I returned as a player he had specified the same things then why not earlier?” Ganguly asked.

“The others are not innocent either. A foreign coach who doesn’t have any say in the selection cannot drop an Indian captain. I had understood that this is not possible without the support of the entire system. Everyone was involved in the scheme to drop me. But I didn’t crumble under pressure. I didn’t lose confidence in myself,” he added.

Ganguly, also fondly known as ‘Dada’, made his comeback in 2006 in India’s tour of South Africa and proved his critics wrong that his best years were gone by. He played some of his best knocks before hanging up his boots in 2008.

Ganguly is revered as one of the best Indian captains for his role in reviving Indian cricket’s image following the match-fixing scandal in 2000. His brand of fearless and aggressive cricket made India into a force to reckon with in world cricket. Apart from the many milestones and victories that the team chalked up under his leadership, Ganguly also led India to the final of the 2003 World Cup.