Chitharesh got married to Nasiba in a private ceremony in Kochi 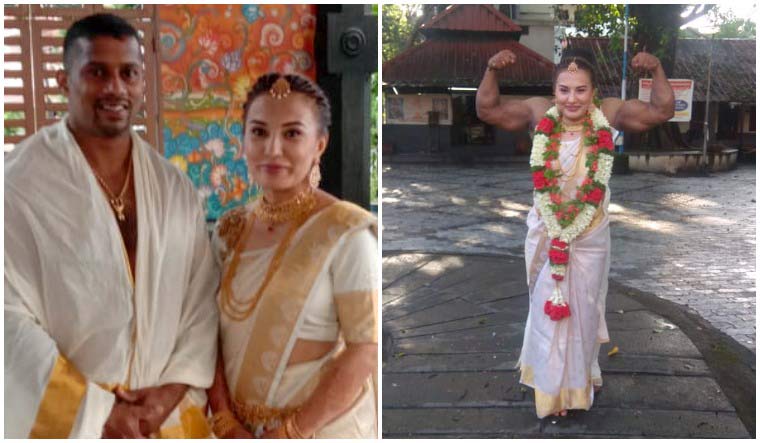 Mr Universe 2019 Chitharesh Natesan got married to Nasiba today in a private ceremony in Kochi. The two tied the knot at the Pavakulam Sree Mahadeva Temple, in a traditional Kerala-style wedding.

Nasiba, who is from Uzbekistan, and Chitharesh met in Delhi, where the latter was working as a fitness trainer in late 2000s. The two fell in love and have been together ever since. Chitharesh's family was shocked initially, but accepted their relationship finally.

Owing to the COVID-19 situation, the wedding was attended by only around 20 people, keeping with the guidelines issued by the government. “Chitharesh's immediate family and close friends attended the ceremony, while Nasiba's family could not make it because of the travel restrictions,” his manager and childhood friend Jijo George told THE WEEK.

On November 10 last year, Chitharesh became the first Indian to win the World Bodybuilding and Physique Sports Federation's (WBPF) Mr Universe and Mr World titles, at the WBPF championship held in South Korea. The 33-year-old first won the Mr World 2019 title in the 90kg category and then competed with the winners of nine other weight categories (ranging between 55kg and 110kg) to emerge as the overall champion and Mr Universe 2019.

“Chitharesh has been in Kerala since March, as the construction work of his new house was going on. [Malayalam actor] Kunjacko Boban and [Ernakulam MP] Hibi Eden, both of who bore the entire cost of the construction of the house, couldn't attend the wedding because of the government guidelines,” Jijo said.

The couple will be in Kochi for now at their new house, as Chitharesh is looking for a job here, having spent almost a decade and a half in Delhi. “The paper work [for the job] is going on. Hopefully, something will materialise soon,” Jijo added.