Chitharesh Natesan: On a physical high 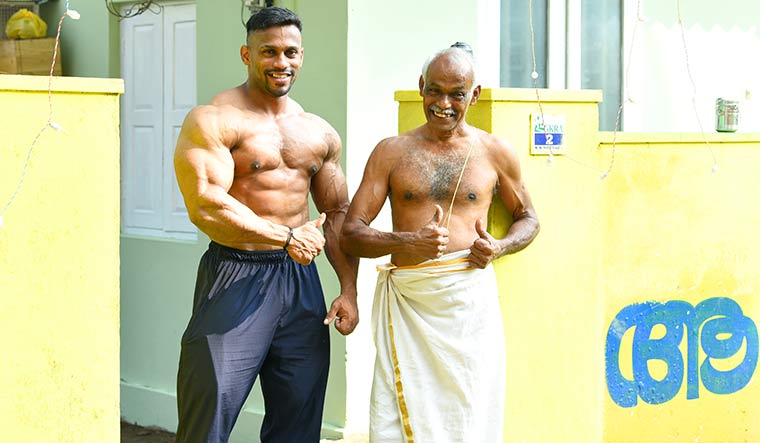 "Give me five minutes. I am really sorry." It has been barely five minutes since we arrived and this was the third apology from Chitharesh Natesan. The reason? Mr Universe 2019 was just back from his bath, and had to do his morning puja and get dressed. He had flown into Kozhikode from Delhi the day before, gone straight to a felicitation, and then driven 200km to Kochi, arriving at around 3am. And here we were, at 8am, standing outside a house so humble that Chitharesh would have found it tough to do a split inside!

The house was as modest as the man himself. On November 10, Chitharesh became the first Indian to win the World Bodybuilding and Physique Sports Federation's (WBPF) Mr Universe and Mr World titles, at the WBPF championship held in South Korea. The 33-year-old first won the Mr World 2019 title in the 90kg category and then competed with the winners of nine other weight categories (ranging between 55kg and 110kg) to emerge as the overall champion and Mr Universe 2019.

Within the next five minutes, as promised, Chitharesh was ready to meet us. His childhood friend Jijo George, who is now his manager, and his trainer and companion Sagar M.P., too joined us—both of them weary from the late-night journey with Chitharesh.

The tiny hall was swept clean, the stray clothes had been stuffed into already bursting shelves, and a couple of chairs had magically appeared. And all this while the family was busy attending to the neighbours. Some had dropped in to greet Chitharesh and the rest, more importantly, buy milk.

Interestingly, the house was once the cowshed when the Natesans were part of a joint family. When Chitharesh's sisters Neethu and Soumya got married, the Natesans walled off a part of the shed, added a tin roof and moved in. The downsized cowshed and its five occupants are as good as members of the Natesan family. "We had the cowshed since my childhood," said Natesan, Chitharesh's father. "Though I was a peon with a private firm for 28 years, the cows were our bread and butter," he said, casting an adoring glance at the bovines. Natesan, in fact, opened a booth to sell regular milk packets hoping that his customers would turn to it and ease the burden on his cows. It did not work. He now tends to the booth and the cows!

"Cow rearing is more of a hobby than a business for my father," said Chitharesh. He admitted that the milk money helped him complete his schooling and graduation. He did his BA History from Maharaja's College in Ernakulam, where he captained the hockey team. "Hockey was my favourite sport. I was a defender and was one of the few muscular players in the team. I was 65kg then."

Apart from hockey, Chitharesh loved dancing, too. He was quite the twinkletoes, he said, and took part in dance programmes in college, especially at the Lakshmibai National College of Physical Education in Thiruvananthapuram, where he did another graduation course after BA.

It was here that Chitharesh started taking weight-training seriously. He was recruited as a fitness trainer by Rejuvenation Fitness Group soon after, and landed in Delhi in 2007. He has been with them as a fitness consultant ever since. “I have only six high-end clients now, because I need to find time and money for my training.”

In Delhi, he met two people who changed his life. The first one was Sagar. He was, in fact, Chitharesh's junior in college in Thiruvananthapuram. “We started training together but I soon realised that he is at another level,” Sagar said. “I moved into coaching and started training him. We had to find out an exercise regimen for Chitharesh. Once that was done, he stuck to it and the prescribed diet zealously. Before the competitions, he would work out thrice every day. It is not as easy as it sounds. He did it like a machine. I am extremely proud of him as a friend and as a coach.”

Under Sagar's watchful eyes, Chitharesh swept the Mr Delhi and Mr India titles between 2015-18. He also won the Mr World title in 2018. In September this year, he won the International Bodybuilding and Fitness Federation Mr Asia 2019 overall champion title in Indonesia. He also won the Asia Pacific 2019 title in Thailand in August.

The second person was Nasiba, his wife, an Uzbek. She has been his pillar of support. His family, expectedly, was shocked initially, but seem to have accepted it finally. “Nasiba has not come to Kerala yet. When she comes, we will see,” said Natesan. “Chitharesh comes home only once in a while. We want to see him happy.”

Chitharesh, who is quite the family man, is grateful. “As a professional bodybuilder, I need to be extremely focused on my work. My family members never bother me with their problems,” he said. The downside of him visiting, however, as Soumya remarked, is that the chickens go missing! The family is vegetarian, Chitharesh is not.

Chickens or not, Chitharesh is the toast of the nation now. “The Indians in South Korea were thrilled with my win. Several politicians and film stars, too, congratulated me,” he said.

Interestingly, Mr Universe 2019 is job-hunting now. “The Kerala government and the Union sports ministry have been extremely supportive. I hope it translates into a job. There are some openings in the Customs, Railways and Income Tax departments. I am yet to meet the officials, but I am sure they will help me out.” 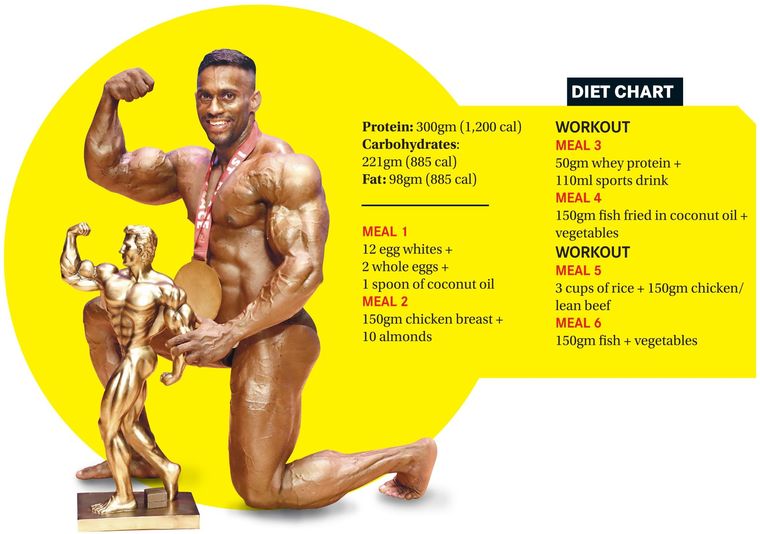