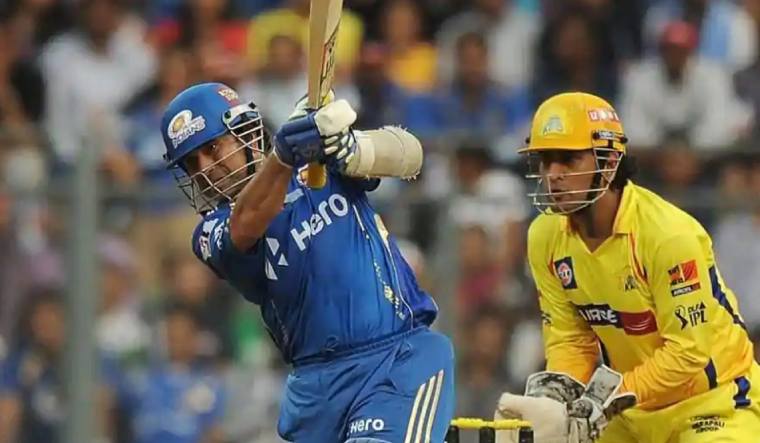 Chennai Super Kings won their first Indian Premier League title in 2010 after defeating Mumbai Indians by 22 runs in the final at the DY Patil Stadium in Mumbai. Having set a target of 169, CSK managed to get the better of MI, restricting them to 146/9 in 20 overs and lifted their maiden IPL trophy.

Former CSK bowler Shadab Jakati has revealed that it was captain Mahendra Singh Dhoni’s suggestion as well as their “homework” on MI’s right-hand batsmen that helped him take the most important wicket—that of Sachin Tendulkar.

In a chat with Wisden India, the left-arm spinner, who played for CSK between 2009 and 2012, recalled that Dhoni had told him to bowl in the middle overs after he had given away 21 runs in his first two overs. He revealed that the bowlers had done their homework against the right-handers in Mumbai Indians.

“I had gone for 21 runs in my first two overs. With left-hander Abhishek Nayar batting, Dhoni told me I’d now bowl in the middle overs keeping me for the right-handers—Sachin Tendulkar, Ambati Rayudu and Kieron Pollard. We had done our homework against MI’s right-handers, who were potentially weak against left-arm spinners,” Jakati said.

Following Dhoni’s inputs, Jakati went on to take Tendulkar’s wicket in his third over, giving away just five runs. Tendulkar was two runs short of his half century.

“In that particular match, he got Pollard out placing (Matthew) Hayden right behind the bowler. He did quite a few things. He used to know which bowler to bring on at what time. Basically, he was a captain who knew how to get the best out of the players at the right time,” he said.

Jakati added that Dhoni allowed every bowler to think on their own, and he helps them with tips and suggestions only when things don’t go as per plan.

“He never attended any bowlers’ meeting, purely because he backs his own instincts and gut feeling at that particular time of the match. He gave us freedom to choose our fields, and if it didn’t work, he’d use his brains. But the first preference was us,” Jakati said.