Jonty had remarked that Steve Smith makes “the ugliest hundreds” 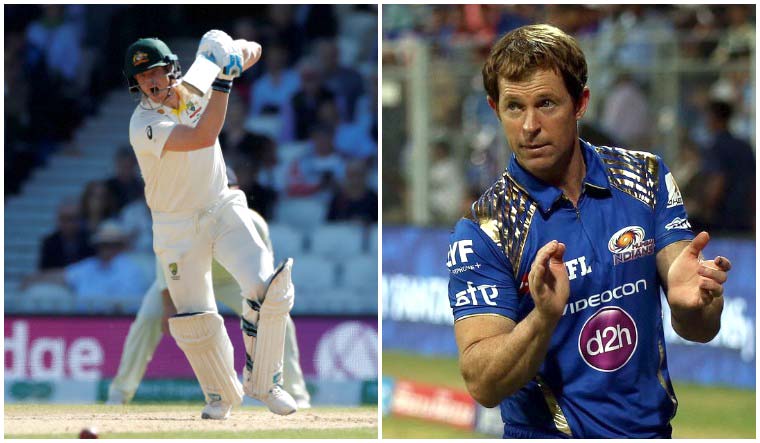 Flamboyance has been Jonty Rhodes's characteristic trait, be it on the field or off it. The South African legend, who redefined fielding in the modern-day game, raised quite a few eyebrows when he remarked that Steve Smith makes “the ugliest hundreds”, referring to his unique batting technique.

When a Twitter user objected to Rhodes “demeaning” Smith's batting, the 50-year-old defended his remark in style, taking a dig at his own batting, while making it clear that he respects Smith's talent.

“Sorry, u are correct, should mean he makes ugly double hundreds. My batting was once described by a commentator as “someone trying to catch confetti with a bucket in swirling mist”!” Rhodes tweeted.

He further added that, despite his unconventional style, Smith is effective. “Is he conventional? No! Is he effective? 100% Man is a run scoring machine,” he said.

Sorry, u are correct, should mean he makes ugly double hundreds. My batting was once described by a commentator as “someone trying to catch confetti with a bucket in swirling mist”! Is he conventional? No! Is he effective? 100% #aramse Man is a run scoring machine #respect https://t.co/XkQ8kCGcrZ

Smith scored 774 runs in seven innings in the recently-concluded Ashes series, at an average of 110.57, with three hundreds—including a double ton—and three fifties, helping Australia retain the Ashes urn. He also surpassed India skipper Virat Kohli to become the no. 1 batsman in the ICC Test batting rankings.

Rhodes had picked Kohli over Smith because of his amazing technique. “I enjoy watching Virat Kohli. Steve Smith, with that action and technique, makes the ugliest hundreds I have ever seen but the man just keeps scoring runs,” The New Indian Express quoted him as saying. “Someone who likes to watch cricket would want to say 'Wow! What an amazing shot' as opposed to 'Oh! How on earth can he hit that?' So, Virat Kohli right now,” he added.

Interestingly, lamenting Australian cricket's "aversion" to embrace unconventional styles, Smith's formative coach Trent Woodhill observed that his famous ward's uniqueness would be accepted in the Indian system, where it is "all about the output".

"If Steven was Indian, his technique and mechanics and the strategy around his batting would just be accepted," Woodhill was quoted as saying in ESPNcricinfo.

"We see Kohli, Gavaskar, (Rohit) Sharma, Ganguly, Sehwag—all these players have unique techniques. The Indian system is all about output, about scoring runs, 'We don't care how you do it as long as you do it', whereas in Australia we wanted you to score well and we wanted you to look good."