Neymar seems set on leaving PSG, but is it wise? 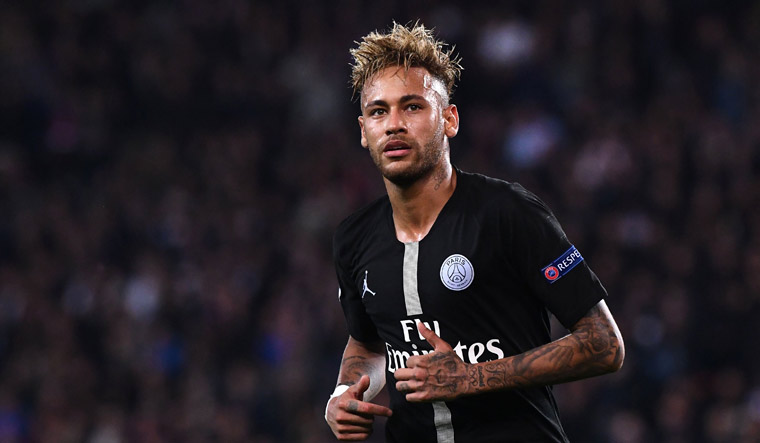 [File] What is in the cards for Neymar Jr? | AFP

There seems to be no dearth of news and speculations regarding Neymar Jr and his transfer. Barcelona and Real Madrid seem to be the front runners for the Brazilian should a move materialise. Neymar did not feature in PSG's opening league game against Nîmes whom they trampled 3-0. All the speculations also seem to be rubbing the club's supporters the wrong way. The game against Nîmes was filled with chants and jeers against Neymar.

Neymar's record transfer move to Paris Saint Germain two years back promised a great deal for the attacking forward where he was supposed to become a legend of sorts, having moved away from the shadow of Lionel Messi at Barcelona. But any such dreams Neymar may have had was short-lived. His first season with PSG got off to a good start with Neymar finding the net 28 times. But he was soon forced to sit on the sidelines due to injuries. A few disciplinary actions against him also left Neymar miffed. Off-field controversies led to rising speculations of his exit from PSG. A dream reunion with his old club teammates Messi and Suarez surfaced along with a high-profile signing with Barcelona's arch-rivals Real Madrid.

But would a move be advisable? Let's take a look at the pros and cons.

Barcelona may not take Neymar's return well. They have made it quite clear that they will not be keen on making another record-breaking deal. Barcelona's purse is already considerably light after signing Antoine Greizmann. There was also enough bad blood between Neymar and the club's supporters during his departure.

Reunion with Messi and Suarez

Neymar's relationship with Barcelona's supporters may not be great, but with Messi and Suarez is strong. The trio have often been pictured together every time the Brazilian visited Spain. Messi has also very publicly endorsed Neymar and even hinted at bringing the Brazilian teammate back to the club. The 'MSN' trio had done wonders for the club. The trio have raked in over 270 goals between them, often assisting each other. The chemistry between the three have been great, making them the most feared attacking side in the world. 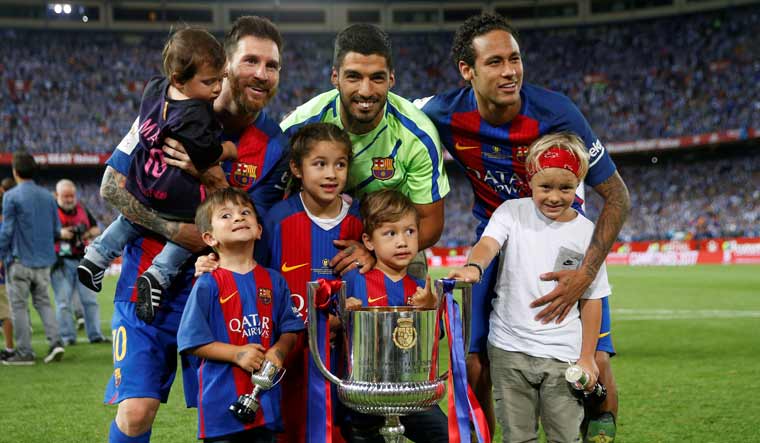 Messi and the shadows?

One of the main reasons behind Neymar's exit was his urge to emerge from Lionel Messi's shadow. A return would make the exit in the first place completely useless. At the same time, playing alongside Messi need not hamper Neymar's chances to stardom as Barcelona's DNA is built on passing and allowing the person with the easier chance at finding the back of the net, score.

A move to Real Madrid would certainly not go down well with Barcelona, its fans or Messi, but it certainly would give Neymar the stage to be the best. Real Madrid certainly does have the pedigree to give Neymar the stage to perform. Los Blancos have gone two seasons without a La Liga title and Neymar's addition alongside Hazard will certain give them a fillip. Given Madrid's reputation, the play could also be centered around Neymar, something that he has always wanted.

Make a name with PSG

PSG are a huge club and playing with them could give Neymar his much wanted stardom. He did have a great first season before finding himself surrounded by off-field controversies. His public spat with Cavani was one of the main talking points for weeks. Touted as one with more showboating than play, Neymar could stick on with PSG and cement his name as one of the greatest. The current squad does have the potential and Neymar's flair along with some more maturity and composure could be what the club needs to get their hands on the coveted Champions League trophy.