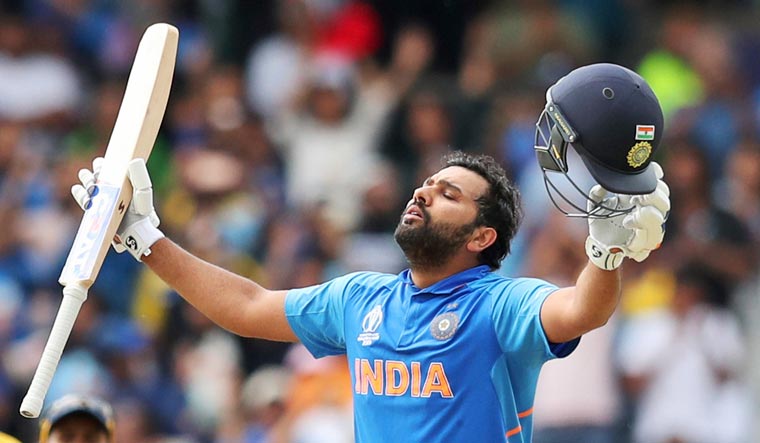 India opener Rohit Sharma made history by becoming the first cricketer to score five centuries in a single edition of the World Cup, when he scored a hundred against Sri Lanka in the group stage match at Headingley in Leeds today.

The stylish right-hander reached the milestone off 92 runs, with a boundary off Kasun Rajitha in the last ball of the 29th over. Sharma, however, couldn't carry on much longer as he fell for 103, foxed by a slower delivery from Rajitha, and spooning a simple catch to mid-off.

The 32-year-old opener is likely to go past Tendulkar in the highest number of runs in a single World Cup as he has already scored 647 runs from nine matches, just 26 short of Tendulkar's record of 673 runs in the 2003 World Cup.