It's been my lifelong dream to play a World Cup: Chahal 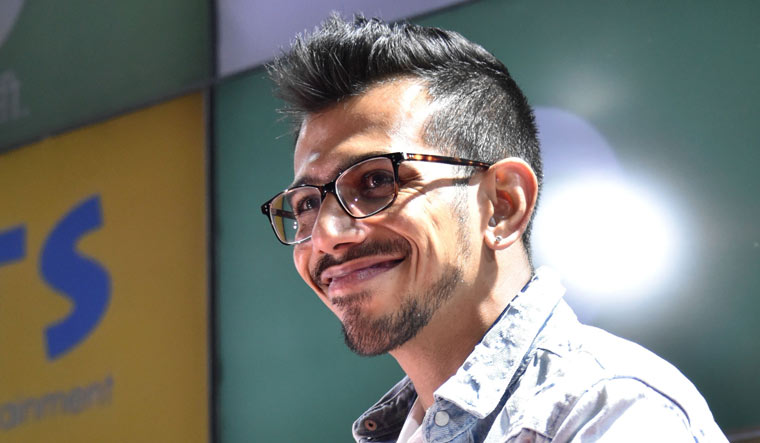 Yuzvendra Chahal during a launch event in Gurugram | Aayush Goel

Apart from craftily dismissing batsmen, leg-spinner Yuzvendra Chahal can outsmart opponents in chess, turn into Team India's in-house journalist and anchor, and going by his latest assertion, is working hard towards becoming a fearless lower order batsman. Over the past year and a half, the wrist spinner from Jind, Haryana, has become an attacking option for India skipper Virat Kohli in the middle overs, along with his partner-in-crime Kuldeep Yadav. The duo have been key to ODI series wins in South Africa and Australia. Tuesday evening, though, was all about Chahal and his successes.

Chahal has proven to be an astute assessor of conditions, especially when bowling away from home. In ODIs, his ability to bowl in tandem with Yadav, creating pressure and picking wickets in the middle overs, will probably see India fielding both the leg-spinners in some matches during the upcoming World Cup.

His IPL team, the Royal Challengers Bangalore, may have had a disappointing season finishing with the wooden spoon, but Chahal finished with 18 wickets in 14 matches. RCB's early exit from the tournament meant Chahal got to rest, recover and work on his skills further before the World Cup.

Time off from his hectic work schedule was spent with his family. He also launched his own interactive website and brand CheQmate, in line with the first sport he played and competed in. He was a national-level chess player but he also loved cricket. It wasn't an easy decision for him to make when the time came to take a call. "When I played the chess world cup (in age group chess), I asked my dad, 'are you happy now? I have realised your dream. Can I follow mine now?'" He then opted for cricket and has never looked back since then. He rarely plays chess now but does indulge in it online.

Called 'Sunny' by family and friends, he says he's fine with being called Yuzi instead of Yuzvendra which can be a mouthful to pronounce for many. It is an exciting moment for him—it is his maiden World Cup—and he exuded confidence while speaking about realising his dream. "Playing a match is any day more beneficial than practising at the nets. You learn more during a match," he said. "I am excited and to lift the trophy is a lifelong dream!"

He admitted that apart from Mahendra Singh Dhoni's tips, inputs from vice-captain Rohit Sharma and Kohli, too, have helped him adapt to conditions and match situations. "Mahi bhai (Dhoni) helps us (Kuldeep and him) in figuring out how the wicket will play. In our team, we have a number of seniors. Virat and Rohit bhai, too, give us inputs which have helped us (Kuldeep and him).”

He revealed he has been working hard on his batting skills and when asked how many bats were he taking with him to the World Cup, Chahal remarked, “One of Mahi bhai, one of Shikhar bhai (Shikhar Dhawan) and one of Virat bhai!"

It is this humorous side of Chahal that makes him quite popular online too. He features in a regular online video segment introduced by BCCI.tv called Chahal TV, where he interviews and indulges in light-hearted banter with his teammates on post-match or non-match days.

“I was nervous initially but then got used to it as they are all my teammates," he said.