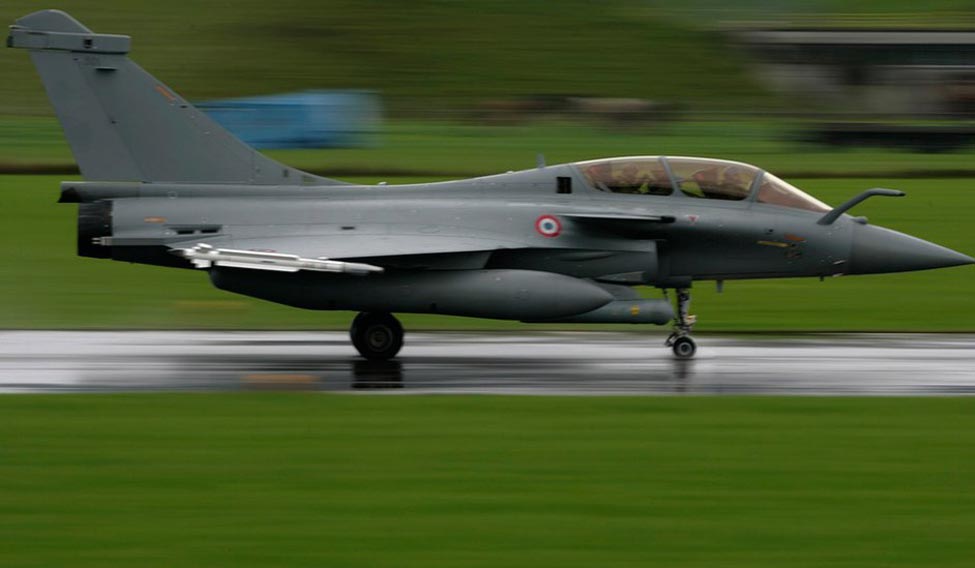 After hard negotiations of nearly 18 months, IAF had signed a Euro 7.87 billion deal with the French government for purchase of 36 Rafale fighter jets in September 2016 from Dassault Aviations | Reuters

Defending negotiations on the purchase of Rafale warplanes from France, chief of Indian Air Force has stated the NDA government did the better deal of fighter jet than what was negotiated during Congress led UPA government.

"I think we have negotiated a better deal in the Rafale contract than what we did in MMRCA. There is no controversy. What is the controversy, I don't understand? It is not overpriced,” IAF chief said.

After hard negotiations of nearly 18 months, IAF had signed a Euro 7.87 billion (approximately Rs 59,000 crore) deal with the French government for purchase of 36 Rafale fighter jets in September 2016 from Dassault Aviations, the manufacturer.

IAF is desperate to increase its combat strength—the key concern, which has been raised by the force on many occasions. IAF at present operating with 32 squadrons and on the verge of losing out more squadrons as MiG 21 and MiG 27 fleeting is ageing. The Air Force would achieve its sanctioned strength of 42 fighter squadrons by 2032. It will have 83 indigenous  Light Combat Aircaft Tejas, 36 Rafale and 36 additional Sukhoi fighter jets by end of 2019.

The Congress has alleged that Modi government promoted the interest of prime minister's capitalist allies, by signing the Rafale aircraft agreement for purchase of 36 fighter aircraft without following the Defence Procurement Procedure (DPP).

Continuing its attack, Congress vice president Rahul Gandhi on Thursday questioned the deal. "Can you explain 'Reliance' on someone with nil experience in aerospace for Rafale deal? Self 'Reliance' is obviously a critical aspect of 'Make in India'," he had tweeted.

Congress on Tuesday had alleged that “complete non-transparency, flagrant violation of mandatory provisions of the defence procurement procedure, sacrificing national interests on transfer of technology to Hindustan Aeronautics Limited (HAL) and blatant promotion of financial interests of crony capitalist friends of PM have marred” the aircraft deal. Party leader Randeep S. Surjewala claimed that as per UPA negotiated price, the cost of one plane was Rs 526.1 crore whereas under NDA, the plane is costing Rs 1570 crore. He also questioned why transfer of technology for HAL was not insisted. Congress, however, could not provide any details to support its claims.

Giving out a chronological sequence of the deal, Surjewala added that while India signed the deal on September 23 last year, just 10 days later, on October 3, 2016, Reliance Defence Limited entered into a joint venture with the French fighter plane maker.

But the BJP  responded it by calling the allegations baseless and said the Congress is trying to divert attention as it is scared at the prospect of several of its leaders being questioned in connection with the AgustaWestland VVIP chopper case.

Your form could not be submitted.
This browser settings will not support to add bookmarks programmatically. Please press Ctrl+D or change settings to bookmark this page.
Topics : #Rafale