The Scalp is manufactured by European defence giant MBDA 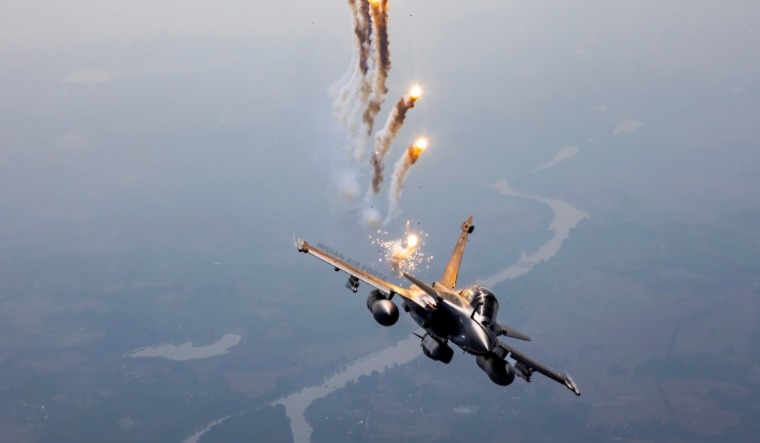 Ever since the Narendra Modi government first announced its decision to buy 36 Dassault Rafale fighters from France in 2015, much has been written on what capabilities the aircraft will bring the Indian Air Force.

On Monday, the Indian Air Force tweeted rare images of a Rafale carrying the Scalp cruise missile. Giving the caption "When you know how to be Smart and Pretty—Ways of the World", the Indian Air Force shared images of a Rafale and a Netra airborne early-warning aircraft firing flares, which are used to distract infrared-homing air-to-air or surface-to-air missiles. Three of the images showed a Rafale carrying what appeared to be a Scalp missile on its 'centreline' pylon (the weapon station mounted at the centre of the fuselage).

The aircraft was also carrying two external fuel tanks and what appeared to be four MICA air-to-air missiles.

Why the Scalp is a big deal

The Scalp is manufactured by European defence giant MBDA. Designated as the Storm Shadow by the UK, the Scalp is capable of destroying "high-value fixed or stationary targets such as hardened bunkers or key infrastructure", according to MBDA.

The Scalp is considered a stealthy weapon as it has a design meant to minimise its chances of radar detection and can fly at very low level. The cruise missile navigates using a combination of GPS, inertial navigation and "terrain reference". Terrain reference involves feeding characteristics of the terrain around a target into the missile, which allows it to dodge and fly around structures such as hills or buildings, which are en route. The Scalp also has an imaging infrared seeker to match the image of the target with its database to ensure accuracy and minimise collateral damage.

While MBDA says the Scalp has a range "in excess of 250km", some experts claim the cruise missile can hit targets up to 560km away, depending on its launch altitude.

The Rafale can carry two Scalp missiles, along with three large fuel tanks, in a long-range attack configuration. Along with the air-launched Brahmos missile, the Scalp will be the first 'deep strike' missile of the Indian Air Force. However, in its current configuration, the Brahmos is too heavy and a single Su-30 MKI can only carry one missile.

As China bolsters its air defence capabilities, which already includes the Russian S-400 system, the Scalp is expected to play a pivotal role in the Indian Air Force's plans to deter Beijing.