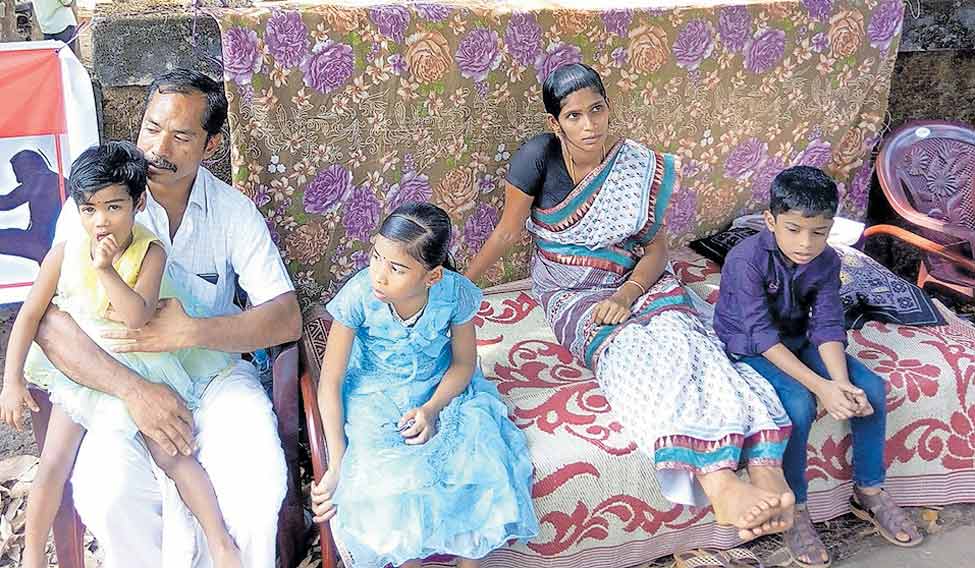 Cibi Chacko, his wife and their children protesting outside Kodanchery police station on Wednesday | Manorama

Woman forced to abort her foetus after being kicked in stomach

The Kerala police on Thursday arrested six people, including a CPI(M) branch secretary, in connection with a case of assault on a pregnant woman in Kozhikode. The assault had resulted in the woman undergoing an abortion.

Thenamkuzhiyil Cibi Chacko and his wife were allegedly attacked on January 28 by a group of people who barged into their house at Velamcode Laksham Veedu Colony. Cibi’s wife, who was four-and-a-half-months pregnant, lost her baby after they allegedly kicked her in the stomach.

On Wednesday, Cibi, his wife and their three children—aged seven, five and three—had held a protest outside the Kodanchery police station demanding the arrest of all the accused in the case. Meanwhile, the BJP has pledged support for the family.

Your form could not be submitted.
This browser settings will not support to add bookmarks programmatically. Please press Ctrl+D or change settings to bookmark this page.
Topics : #CPI(M) | #Kerala | #Assault