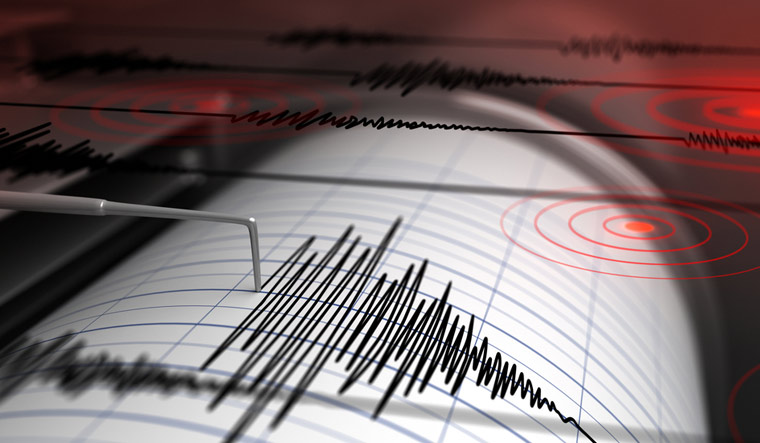 Strong tremors were felt across Delhi and Rajasthan after an earthquake of magnitude 5.4 struck Nepal on Tuesday, damaging a few houses and buildings.

According to the National Center for Seismology, the quake struck at 2.28 pm with the epicentre in Nepal at a place 148 km east of Pithoragarh in Uttarakhand.

An police official from Nepal's Bujara told Reuters that three houses were damaged in his district.

In Delhi, the tremors lasted for at least 15 seconds with people seen rushing out of their homes and offices. Social media users in the National Capital Region said they felt strong tremors that shook ceiling fans and other fixtures.

"I was on the fifth floor of one of the blocks at the Civic Centre. I felt a growling noise beneath my feet and a mild shake, when the tremor passed through perhaps," said Amit Pandey, a Delhi resident.

Many others in the towering Civic Centre, the headqauters of the Municipal Corporation of Delhi, also felt the tremors which hit when the House proceedings were underway.

Nepal was jolted by three tremors in quick succession in December 2022.

In April 2015, a devastating earthquake of 7.8-magnitude had rocked the Himalayan nation, killing nearly 9,000 people and wounding nearly 22,000 others. It also damaged over 800,000 houses and school buildings.