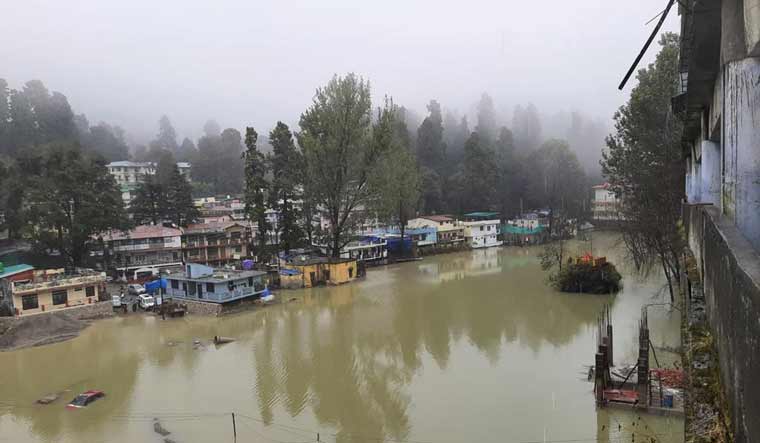 The High Court of Nainital has asked that all encroachments be removed from Sukhatal- a seasonal lake that is the main source of recharge for Naini lake, the water body of one of north India’s most popular hill stations, Nainital.

Kartikey Hari Gupta, amicus curiae, told the court that hydrological studies had proved that the Sukhatal was a major source of water supply to Naini lake. Yet a report by IIT Roorkee had come up with a plan for beautification of the area. While the report itself was contradictory and could not be relied on, there was also no need for the beautification of an area that was already abundantly naturally beautiful.

The court observed that had the encroachments on Sukhatal belonged to the poor, they would have been removed immediately. It ordered an immediate stoppage of all construction activities on Sukahatal while fixing December 20 as the next date of hearing.

In December 2021, over 100 concerned citizens of Uttarakhand had written a letter to the High Court documenting their alarm at the manner in which construction activity was ongoing in the bed of Sukhatal. The court took cognisance of the letter and listed the matter as a Public Interest Litigation (PIL).

The letter had read, “….the ongoing activities in Sukhatal…will alter the hydrological regime... and impair its natural property of water infiltration, leading to severe and adverse consequences for lake Nainital and the city as a whole”.

On March 2, 2022 the court had directed the Additional Chief Standing Counsel to send a copy of the petition to all concerned the Secretaries and obtain their replies as early as possible. It had also said that as the matter was very urgent it would be listed on each date of listing of PILs as a fresh admission.

In November 2022, concerned citizens had again raised their voice against the fact that despite the urgency of the matter not a single hearing had taken place.

The matter was finally taken up on Tuesday (November 22) with a two judge bench of Chief Justice Vipin Sanghi and Justice R.C Khulbe issuing notices to the State Environmental Impact Assessment Authority and the State Wetlands Management Authority.

The easy accessibility of Nainital from Lucknow and the NCR region has made it a favourite weekend getaway spot for lakhs. In a survey conducted on behalf of the Ministry of Tourism, between April 2005-March 2006, 2.5 lakh tourists visited the city which is spread just under 12 square kilometre. In 2021, this number had risen to 3.2 lakhs. In 2018, for the first time the administration declared that the city had reached the maximum capacity of tourists it could cater to and thus no further tourists would be allowed. Also prior permissions and arrangements for parking of vehicles were made mandatory.

At the heart of Nainital is the freshwater Naini lake, surrounded by seven hills. It is shaped like an eye, and legend has it that the form comes from one of the eyes of Parvati dropping into the lake as her consort Shiva carried her to his abode on Kailash Parvat.

In the 21st century, the Naini lake has often seen a drastic decline in water—something that was never seen in its life cycle. Between 2002 and 2016 the lake reached zero level (the minimum level of water to be maintained) 10 times.

A major reason for this is the encroachment of Sukhatal and the concretisation of its bed. It is the government’s version of beautification, which experts say comes at the expense of the health of the lake. The administration's plans to make an artificial water body on the Sukhatal lakebed to boost tourism comes without any understanding of how water moves underground to recharge the Naini lake. If Sukhatal were to be developed as the administration envisages it, the hydrological balance will be upturned and the drying up of Naini lake hastened. Also, given the limited resources of Nainital, there is no reason to make efforts to increase tourist flow. A better approach would be to develop other tourist spots in the state.