A Rs 40,000-crore way out of Indian military’s 'Arunachal Quandary' 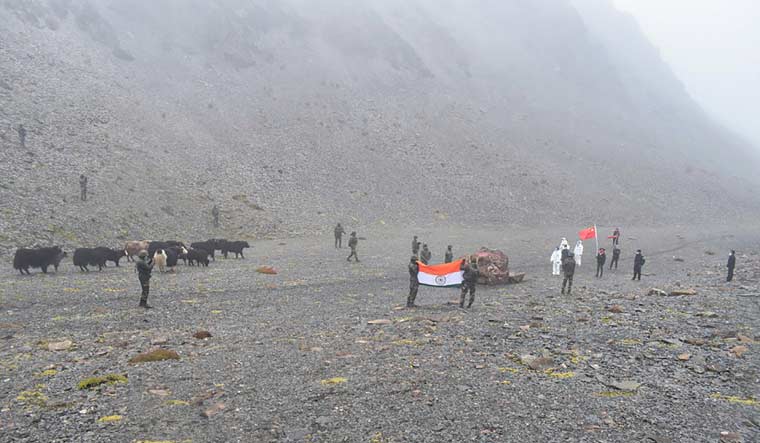 From the Indian perspective, the biggest state in India’s Northeast—Arunachal Pradesh, with its sprawling 84,000 sq km—has always been a military strategist’s nightmare.

The entire state is mountainous, beginning from Kangto peak at 7,060 metres (23,160 ft) near Tawang in western Arunachal to lower altitudes. It has five main river valleys along the Kameng, the Subansiri, Siang, Lohit and Tirap rivers. While Kameng, Subansiri, Siang, and Lohit are snow-fed Himalayan rivers, the Tirap originates in the Patkai hills.

In accordance with the gradient of the terrain, the general direction of these very deep river gorges is roughly from north to south, flanked by high mountains on either side.

The military challenge lies in linking up the deep valleys east to west for quick movement of men and material in case of a conflict situation with China in the north. Several military exercises have taken place to attempt the challenge of intra-valley transfers.

But now, a solution is well underway with the Indian Army constructing a 2,000 km long road almost parallel to the McMahon Line, the de facto border between India and China.

“The Arunachal Frontier Highway beginning from Tawang to Vijaynagar in eastern Arunachal Pradesh and also known as the Mago-Thingbu–Vijaynagar border highway is being constructed at a cost of Rs 40,000 crore,” a top source in the defence establishment familiar with the development elaborated.

A few days ago, the Centreokayed a tranche of Rs 27, 349 crores for the project.

The highway will also fill the adequate infrastructure gap in the inaccessible stretch on the border from Tawang to Wallong. Historically, the entry point to Arunachal from the China-controlled Tibet autonomous region has been either through Twang or through Kibithu, just north of Walong.

What the highway will also prevent is the phenomenon of migration of locals from the remote border regions to the lower areas besides spurring tourism in these areas.

On the other side of the border, beside a railway line that is under construction, China’s G219 and G695 highways run in a parallel east-west direction almost all along the LAC. Reports say the still-under-construction G695 is located at an average distance of about 35 km north of the LAC while the G219—constructed more than 50 years ago is, on average, less than 200 km from the LAC.

China’s access to the LAC from these highways is much easier than the Indian access to the LAC in Arunachal Pradesh because of the fact that the slope of the land just across Arunachal’s north runs from west to east with just the Yarlung Tsangpo river carving out an east-west valley.

India has had a bitter-cold bilateral relationship with China that manifested into a border war in 1962 and a violent skirmish in the Galwan valley in eastern Ladakh in June 2020.

In a sign that Indian preparedness is proceeding at a very fast pace, the official said: "In eastern Ladakh, we have constructed habitat and technical storage to include assets for 22,000 troops and approximately 450 armoured vehicles and guns in just two seasons."

The interesting part is that all these habitats meant for extremely high altitudes have been constructed by the Indian Army’s Corps of Engineers by using 3D printing technology.

"The cutting-edge habitats are temperature regulated with 20 degrees centigrade inside whereas it is minus 20 degrees outside, re-locatable, can be easily dismantled."

“The focus has now shifted to undertake the construction of permanent defences and infrastructure to improve defence preparedness in extant working season apart from completion of ongoing projects… The 3D-printed permanent defences (PDs), already tested in desert conditions, will be very robust with the capability to absorb a direct hit from a T-90 tank,” the official added.

This year will be the third winter that the huge deployment of men and material will have to confront in the extreme altitudes and harsh weather conditions of eastern Ladakh.