Raids are conducted in places including Punjab, Haryana and Delhi 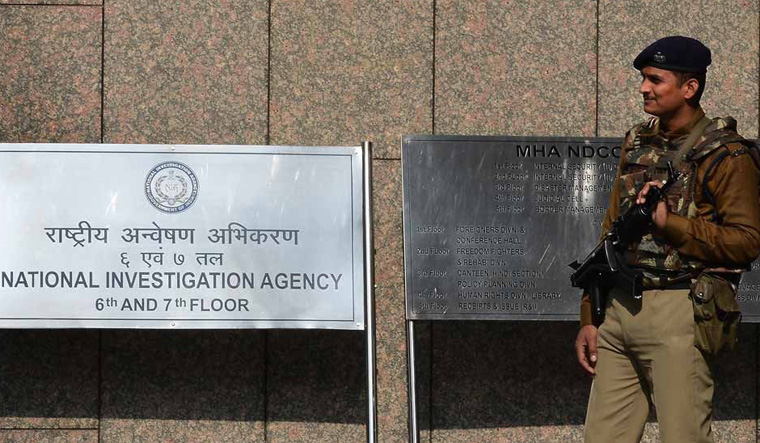 The raids were conducted in Punjab, Haryana, Rajasthan, Delhi and the National Capital Region (NCR). According to sources, the searches were carried out to disrupt the emerging nexus between terrorists, gangsters, drug smugglers and traffickers in India and abroad.

NIA coordinated with the local state police forces to conduct the raids.

Earlier, NIA had conducted raids at around 50 locations including Rajasthan, Punjab and Haryana to tackle the rising terror links.

NIA had launched a series of investigations after the Delhi police had registered cases against gang leaders and their associates based in India and abroad in August this year.

The investigation conducted by the anti-terror agencies revealed gangsters in India carrying out terror and criminal activities coordinating with those abroad.

According to officials, the gangs use cyber-space to publicise the crimes and create terror among the public.

A widespread scare has been created in the society with gangsters threatening professionals with extortion calls.

According to the NIA officials, many gang leaders and members had fled from India and are carrying out operations from foreign countries. There were reports that they have fled to countries including Pakistan, Canada, Malaysia and Australia.

NIA had seized ammunition including pistols, revolvers and shotguns in the earlier raids that took place in different parts of the country.