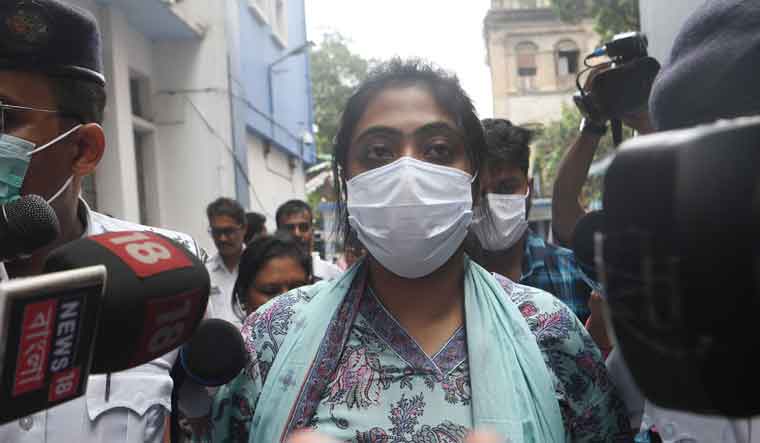 With his daughter being connected to an alleged irregular recruitment, TMC leader Anubrata Mondal, who was arrested by the CBI in the cattle and coal smuggling case, would also be part of the ongoing school jobs scam probe.

A CBI official said, “There is an allegation that his daughter has been recruited even after failing the recruitment examination. The court has sought details. Of course will ask her to appear before the investigating officer.”

Anubrata’s daughter, Sukanya Mondal, however, refused to speak with the probe agency. A CBI team raided premises in Birbhum and traced three companies to Sukanya's name. CBI has also seized three expensive cars from one of the rice mills run by Anubrata’s daughter.

A TMC leader in Birbhum said, “He used to send all the lists for recruitment to Kolkata and all of them were cleared by the party’s top brass.”

Arrested minister Partha Chatterjee had also told ED officials the money seized did not belong to him, but the party. Partha’s health has deteriorated in jail as he is a chronic kidney patient. Partha also suffers from sleep apnea and cardiac problems. His lawyers have sought bail on medical grounds. In prison, Partha has been spending time reading the works of Rabindranath Tagore, Ashapurna Devi and Mahashweta Devi. Partha also expressed his desire to visit the cell where Sri Aurobindo was kept during freedom struggle.

Partha triggered a political furore on Thursday with his comment when he was produced before a Kolkata sessions court. He said: “Nobody will be spared”.