Outflow to be doubled after two hours 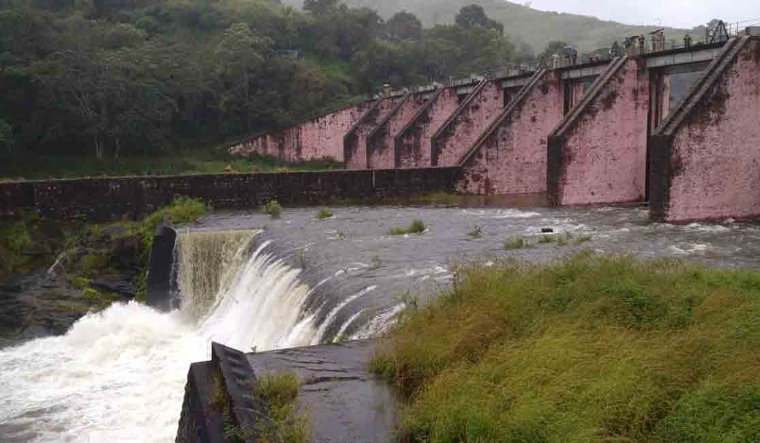 (File) The Mullaperiyar dam after opening of shutters | Via onmanorama

Three shutters of the Mullaperiyar Dam were opened at 1 pm on Friday as a result of the heavy inflow following heavy rainfall in the region over the last several days.

Tamil Nadu authorities sounded a warning ahead of the imminent release a day earlier. Around 534 cubic feet of water will be released through these three shutters. This will be doubled after the first two hours. Kerala Water Resources Minister Roshy Augustine urged the public to be cautious. Water released from the dam reaches the first residential area of Vallakkadavu through the Periyar within 20 minutes. The water flows through Manjumala, Vandiperiyar, Mlamala, Shanthippalam, Chappath, Aalady, Upputhara and Ayyappankovil to join Idukki reservoir.

The water level in the dam had reached 136.05 feet at 8pm on Thursday. The maximum permitted capacity of the dam is 137.1 feet. Meanwhile, the blue alert continues in the Idukki dam and its shutters too are likely to be opened.

After days of incessant rains, the southern districts in Kerala on Friday got some respite as rains subsided. Meanwhile, the Met department has issued an Orange alert to eight districts in the northern part of Kerala for the day. Earlier, Kerala Chief Minister Pinarayi Vijayan wrote to his Tamil Nadu counterpart M.K.Stalin to take necessary steps to release water from the dam and alert Kerala at least 24 hours ahead.