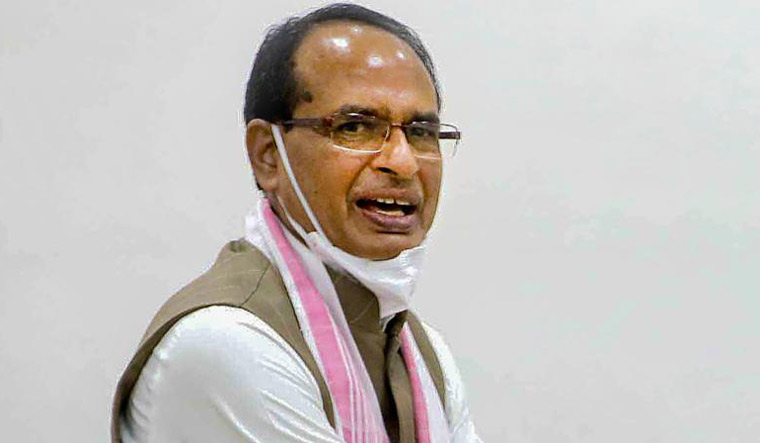 The panchayat elections in Madhya Pradesh that were deferred in December over a row over OBC quota are not likely to happen soon. This is because the Supreme Court on Wednesday insisted that fulfilment of 'triple test' norms by state governments was mandatory for making provision of such quotas in local body polls.

The directive of the Supreme Court came while hearing a case where the Maharashtra government requested that panchayat elections be allowed on the basis of data on OBC population available with the state.

A bench of Justices A.M. Khanwilkar, Dinesh Maheshwari and C.T. Ravikumar said that until the triple test norms are complied with completely, Maharashtra cannot proceed with OBC reservation in local body elections.

The bench also said that the observations made in the order will hold good for other states that intend to proceed with local body elections and provide reservations to OBCs. This made clear that the MP government will also have to fulfil the triple test norms before going ahead with the polls with OBC quota, a process that might take considerable time.

The triple test norms were laid down by the SC in its March 4, 2021, judgment in the case of Vikas Gawali versus State of Maharashtra. The triple tests call for setting up a dedicated commission that will conduct a rigorous inquiry into the nature and implication of backwardness local body-wise. The inquiry would specify the proportion of reservation to be provided local body-wise based on the recommendations of the said commission “so as not to fall foul of overbreadth” and to ensure that in any case such reservation to (OBCs) did not exceed the aggregate of 50 per cent of the total seats reserved for SCs/STs/OBCs.

On Wednesday, the apex court insisted that all these norms be fulfilled before OBC quota could be provided. It asked the Maharashtra government to present the available data to the state backward class commission, so that the correctness of the data could be examined and recommendations made.

Also, during the Wednesday hearing, the MP government withdrew a review petition (clubbed with Maharashtra case) against a December 17, 2021, SC ruling that stayed panchayat polls on OBC quota seats, as the entire panchayat poll process had been already cancelled in the state. However, it was keeping an eye on the hearing vis-a-vis the Maharashtra case (where polls with OBC quota have been stayed too), to find a possible solution for the stalemate on the issue. The insistence of SC on triple test norms has therefore dashed the hopes of the MP government as of now.

The MP government has started the process of gathering data on OBC population and OBC elected representatives through district collectors and the recently set-up MP Backward Class Welfare Commission as a way of fulfilling the triple test norms. But the process is likely to take considerable time.

Also, there is a bigger impediment before the Shivraj Singh Chouhan government.

While the Maharashtra government went ahead and conducted the panchayat polls by converting OBC seats that overshot the 50 per cent total quota into general category seats as per directive of the Supreme Court, the MP government could do nothing of the kind.

Due to political considerations and an uproarious situation arising out of the Supreme Court stay on polls to OBC quota seats, the government got a resolution passed in the state assembly on December 24, 2021, that it will not conduct panchayat polls without OBC quota. It also later withdrew a notification related to the panchayat polls and finally on this basis, the MP State Election Commission on December 28 cancelled the panchayat polls scheduled in three phases from January 6.

Though the resolution in the state assembly, passed unanimously, did not mention the exact quota percentage for OBCs, there is a clear demand for 27 per cent quota from the backward communities—backed by the opposition Congress.

However, the fulfilment of triple test norms (inclusive of 50 per cent cap on total reservation), as insisted on by the Supreme Court on Wednesday, would mean that the MP government cannot give 27 per cent reservation to OBCs, as the state has to provide for 20 per cent reservation to STs and 16 per cent to SCs (total 36 per cent) as per constitutional mandate. Therefore, even if the state government completes the long-drawn process of fulfilling the triple test norms, it is not likely to be in a position to get peaceful panchayat polls conducted.

According to legal experts, the only way out for the government in such a situation is to make an effort to get the 27 per cent quota for OBCs included into the 9th schedule of the Constitution through legislative means (with support of Union government), so that legal review could be avoided.

The state government has not yet given any indication on taking steps towards this, though the chief minister and ministers have been repeatedly assuring that the quota for OBCs would be ensured. Chouhan held a meeting recently in which he asked officials to keep an eye on the steps taken by other states to fulfil triple test norms, so as to get an idea of possibilities. The population enumeration by the Backward Class Welfare Commission will continue simultaneously, he said.

Meanwhile, the Congress—which passed a legislation on 27 per cent reservation for OBCs in government jobs in March 2019 during its rule—is creating constant pressure on the BJP government on the issue.

On Wednesday, ex-chief minister Kamal Nath again said that the Congress would take all steps to ensure that panchayat polls in the state are not conducted without the OBC quota. “We would study the Supreme Court order (of January 19) and hold discussions with legal experts. We have only one resolution that the OBCs should get the benefit of quota as increased by our government. Shivraj government should also ensure that OBCs get their due right and take all steps including constitutional processes for that,” Kamal Nath tweeted.