Sreedharan warned that more than 20,000 families would be displaced by the project 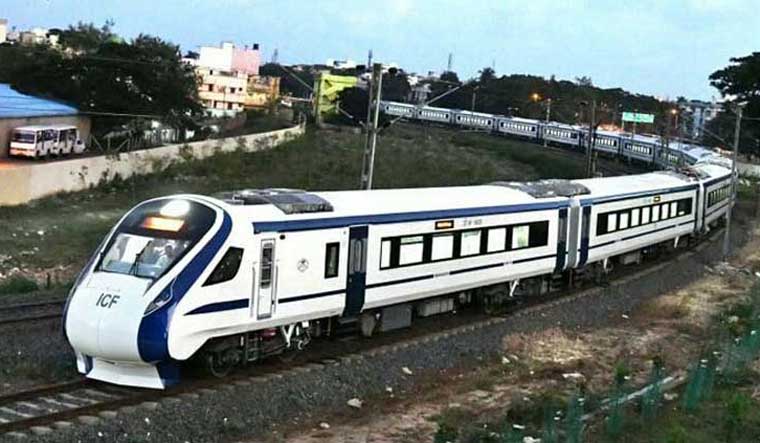 The Pinarayi Vijayan government in Kerala is moving forward on developing a semi-high-speed rail line that would, effectively, span the length of the state.

The SilverLine project (also known as K-Rail) will connect Thiruvananthapuram with Kasaragod, covering the distance of 529km in four hours, compared with the current journey time of over 10 hours. The train would run at an operational speed of 200kmph.

However, environmental experts and opposition parties have voiced concerns about the project, which is a joint venture of the Railways and Kerala government. On Monday, reports emerged that the Pinarayi Vijayan government had appointed officials to begin land acquisition for the project.

On Tuesday, the Congress warned that going ahead with the SilverLine project would lead to unprecedented protests.

“K-Rail will be the 'Nandigram' of Kerala and what happened to CPI(M) in West Bengal will happen here. We warn Vijayan that at no cost will the Congress-led UDF allow this project to go forward. Kerala will soon see never-before-seen protest against this impractical project. We have been asking questions on this project and we have not got answers. Come what may, we will not allow this project, as it will be the doom for the state,” V.D. Satheesan, leader of the opposition, said on Tuesday.

Nandigram in West Bengal was the site of a mass protest in 2007 against the decision of the then CPI(M) government to set up a chemical industries hub. The protests, which were led by the Trinamool Congress, created widespread resentment against the CPI(M), and paved the way for ending four decades of Communist rule in the state and led to Mamata Banerjee's rise to power.

Satheesan was speaking during a protest led by MP N.K. Premachandran, at Kundara against land acquisition for the SilverLine project. Satheesan said, “Vijayan now does a Modi [referring to PM Narendra Modi] as both of them play the 'nationalist' card, when the opposition raises protests against any projects. It's hilarious to hear Vijayan often accuse us of playing spoilsport in development. When they are in opposition, they oppose everything and this is what people of Kerala have seen for decades. At no cost will we allow this project to go forward.”

Satheesan was not the only voice of opposition to SilverLine. Former Railways executive E. Sreedharan, popularly known as the 'Metro Man', issued a press note against the project on Tuesday. Sreedharan, who became famous for leading the Delhi Metro project, had unsuccessfully contested from Palakkad on a BJP ticket in this year's assembly polls.

Sreedharan warned the SilverLine project had flawed alignment and technical parameters. He claimed the project would cost Rs 75,000 crore currently and up to Rs 1,10,000 crore on completion, based on rates of the Delhi Rapid Rail Transit project, which had maximum speed of 180kmph.

Referring to the alignment of the project, Sreedharan argued, “From Tirur to Kasaragod, it is running parallel to the existing railway line. The Railways is opposed to this alignment as it would interfere with the future quadrupling of this stretch. About 140km run through paddy fields, which are not stable for high speeds.”

He referred to the project as being “idiotic”. Sreedharan wrote, “This will be equivalent to the China wall [Great Wall of China] and will divide Kerala from north to south. This is an idiotic decision. SilverLine should be away from the existing line, either elevated or underground. Nowhere in the world high-speed or semi high-speed lines are planned at the ground level.”

Sreedharan warned that by a “rough estimate” more than 20,000 families would be displaced by the project. “The land-hungry people of Kerala will not accept this,” Sreedharan declared.