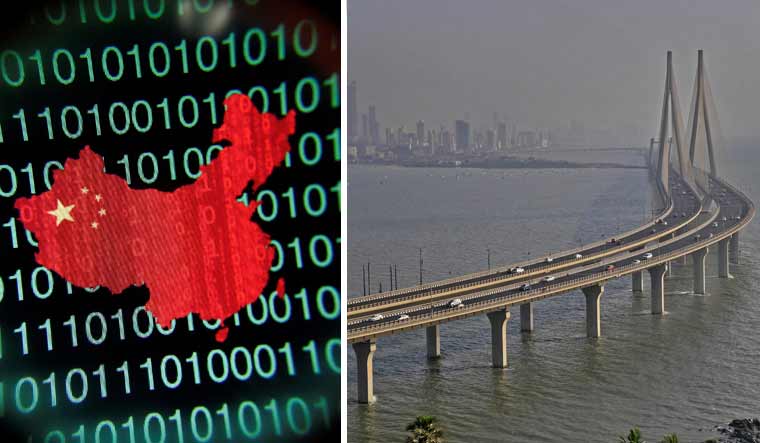 In March, The New York Times reported that China had been targeting Indian utilities and infrastructure using cyber attacks to possibly coerce New Delhi on the standoff in Ladakh.

The New York Times report was based on a study by internet security firm Recorded Future, which found Chinese malware “was flowing into the control systems that manage electric supply across India, along with a high-voltage transmission substation and a coal-fired power plant”. Recorded Future had linked the hacking to a massive power outage in Mumbai in October last year.

At the time, the Chinese foreign ministry dismissed the claims as “speculation and fabrication”.

On Wednesday, a report by a bipartisan advisory group to the US Congress stated groups linked to the Chinese military had carried out cyber activity against India.

The annual report of the U.S.-China Economic and Security Review Commission (USCC) aims at providing non-partisan advice to Congress and the US administration on national security and economic issues related to China.

The USCC stated “Shortly after the 2020 border dispute and continuing through 2021, PLA cyberespionage and other Chinese state-sponsored organizations significantly increased their attacks on targets in India.”

The USCC stated that one Chinese group targeting India was “using techniques and resources similar to those of hackers affiliated with the PLA and Ministry of State Security.”

This group had targeted at least 10 regionally important nodes in India’s power grid and two sea ports with cyber attacks.

The USCC report blamed the cyber attacks for the power outage in Mumbai in October last year. The report also noted that Chinese cyber activity against India was continuing in 2021, and had expanded to different sectors. “In the first six months of 2021, another group closely affiliated with PLA cyberespionage units heavily targeted Indian aerospace companies, defense contractors and telecommunications providers," the report said.

The US report emphasised the significance of the clash at Galwan last year, noting it drove revisions in India's policy towards China.

The report also took note of Chinese construction activity in Bhutan, which was the site of the standoff at Doklam in 2017. The report argued China was building “militarised villages” in the area that positioned electronic warfare systems and air defence stations close to India.