Sources said that infiltrating militants trained for 21 days in January 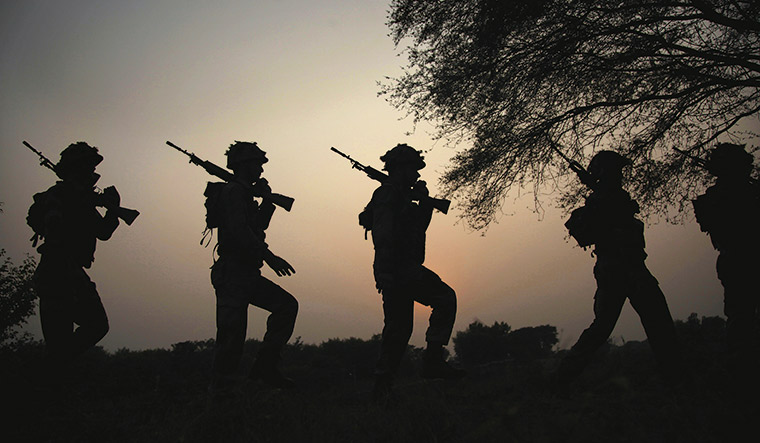 Indian soldiers patrolling near the Line of Control | AP

For the first time after India and Pakistan agreed to honour the 2003 ceasefire in February, a Pakistan militant, who infiltrated into Kashmir with another militant, has been captured alive by the Army.

The captured militant has been identified as Ali Babar Para, 19, son of late Muhammad Hanif of Dipalpur, Punjab in Pakistan.

Sources said it has emerged that the infiltrating militants trained for 21 days in January. After carrying out a refresher course, the group moved to Hallan Shumali in April for four months to train communication, GPS and matrix sheets. On September 16, the militants set off for infiltration into Kashmir. Three porters carried the supplies for the militants, who infiltrated through Salamabad nallah, up to the LoC.

According to Major General Virendra Vats, General Officer Commanding (GOC) of Baramulla- based 19 infantry division, the six- militants tried to infiltrate into Kashmir on September 18 at Uri.

“Para and Atir-ur-Rehman alias Qari Anas who was in the process of crossing the anti-infiltration fence sneaked in while others went back when troops detected the infiltration,’’ Vats said. “Additional troops were mobilised, but due to the civilian population in the area, maximum restraint was exercised.  He said Para and Qari Anas were holed up in Salamabad nallah and contact was established with them on September 26.

“Qari Anas was killed while Para pleaded to spare his life and was apprehended,’’ he said. He said Para confessed he was a member of Lashkar-e-Taiba (LeT)

He said given the recovery of weapons from the militants, it seems that the militants were planning a major strike. In September 2016, a group of militants had carried out a fidayeen attack on brigade headquarters at Uri in which 20 soldiers were killed. The Army had retaliated by carrying out surgical strikes on militant camps in PoK.