Experts believe no 'mystery' illness plaguing kids in UP

Over the last week, there have been reports of hundreds of kids falling ill or dying 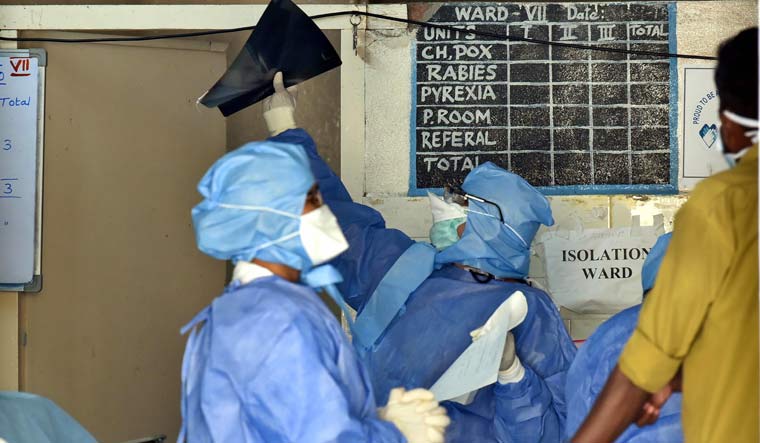 A death certificate issued earlier this month by the Baba Raghav Das Medical College, Gorakhpur, for a child lists ‘massive splenomegaly’ as the disease and ‘cardiopulmonary arrest’ as the cause of death.

A copy of the same certificate is available with THE WEEK.

Splenomegaly is a condition when the spleen is enlarged. Splenomegaly is merely a symptom and can be indicative of a whole range of infections from mononucleosis, cystic fibrosis, malaria and even juvenile rheumatoid arthritis. Thus the certificate issued by the medical college does not in any way diagnose the patient’s problem—the underlying cause for an enlarged spleen.

In the last one week, from Uttar Pradesh, there have been reports of hundreds of children falling ill or dying due to what some media outlets are reporting as a ‘mysterious fever’, which tells one as much as the diagnosis of an enlarged spleen.

Kafeel Khan, twice-suspended paediatrician from the BRD Medical College, said, “There is no such thing as mysterious fever. There has to be a provisional diagnosis, which then upon further examination and tests turns into a differential diagnosis.”

In Mathura and Firozabad, at least 33 children have died from dengue, malaria and scrub typhus though no one is sure what the definitive diagnosis is.

Khan said that viral infections usually spread at the start of winter and cause influenza. “This virus, which is acting up in eastern and western UP, is different. COVID-19, dengue and malaria together are causing complications,” he explained.

Malaria and dengue are easy to diagnose and thus there seems to be no reason for doctors to label it a ‘mysterious fever’. Or is it that the standard tests are not yielding results?

Usman Saifi, a Meerut-based paediatrician, said, “A change of weather and human carelessness bring cold, diphtheria, fever, pneumonia and the like. However all of these problems are exacerbated by unhygienic living conditions—for example, there are factories spewing out fumes in our area. The government never pays any attention to these. With COVID-19 and lowered immunity, the situation is only to become worse.”

Saifi also said that since the start of the pandemic, there had been reckless use of steroids to treat even minor infections, and the roots of many ‘mystery illnesses’ could be found in this overuse.

Imran Masood, former MLA from Saharanpur, said that though children had been falling ill,“there is also creation of panic”.

“In Saharanpur, all children's hospitals are full. Yet there is no spike in deaths,” he said.

Masood said that the ‘mystery’ to the diagnosis could also be the government’s attempt to hide coronavirus cases in children. “In the cases that have been brought to my attention, there are symptoms like sore throat, high fever and weakness, all of which are indicative of COVID-19. Maybe the government does not want to diagnose these cases to keep the numbers low. But when cases in the villages increase, and people will rush to the bigger hospitals, the true picture will emerge.”