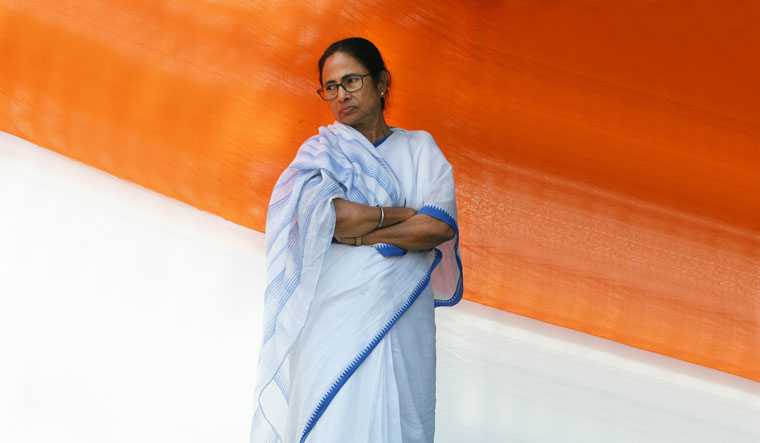 The National Human Rights Commission, which investigated the post-poll violence in West Bengal, has come down heavily on the Mamata Banerjee government. An exhaustive 50-page report submitted by the NHRC to the Calcutta High Court in a sealed envelope said that the most unfortunate thing is that the violence took place in the land of Rabindranath Tagore, a revered figure among human rights activists across the world.

The NHRC report, in possession of THE WEEK, has been made available before the court just before the Monsoon Session of Parliament.

The report said, “It is indeed ironical that, in the land of Rabindranath Tagore, where the mind is without fear and the head is held high; where the world has not been broken up into fragments by narrow domestic walls, thousands of its citizens have been subjected to murder, rape, displacement and intimidation, etc. in the last couple of months.”

The commission said if the worrisome trend is not arrested, the state of the entire nation would be at risk.

“If the above mentioned worrisome trend is not arrested, where the entire might of the governmental machinery has been used (through innumerable acts of omission and commission) for furthering the political objectives of the party in power, the disease may spread to other states also. This may well be death knell for the democracy in this great nation.”

A seven-member committee, consisting of national human rights officials, state human rights functionaries and legal aid services of West Bengal, had travelled extensively for almost one month into every nook and corner of the state. The team was headed by former Intelligence Bureau chief Rajeev Jain.

The team observed, “It is high time that the rot is stemmed and this trend is reversed in the interest of having a vibrant democracy in this nation. The nation of 1.35 billion people watches us with bated breath.”

In an exclusive interview with THE WEEK recently, retired justice of Supreme Court, A.K. Ganguly came down heavily on the attacks on the people who perhaps might have voted against the ruling party.

“The Centre in that case has every right to act under Article 355 to assist the state to bring the situation under control,” Ganguly had said.