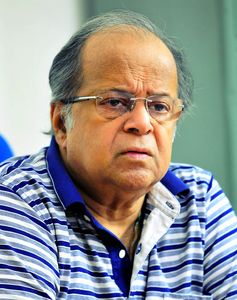 The former Supreme Court judge A.K. Ganguly has headed many a Constitution bench. Though long retired, he is still heard with respect. He opened up on the post-poll violence in West Bengal and the Centre’s show-cause notice to chief secretary Alapan Bandyopadhyay (now adviser to the chief minister) for skipping a cyclone review meeting held by the prime minister. Excerpts from an interview:

How do you see the Union government’s intervention on the alleged retributive post-poll violence in Bengal?

I think [it] is a welcome move.

That is because post-poll violence is not desirable in democracy in any circumstance. There can always be a change in the government and that is the beauty of our democracy…. Therefore, a party which has won the election and come to power has no right to come down on the people who perhaps opposed them.

But should the Centre always intervene?

Of course, not always. Just because of a particular political view, if some people are harassed, then the Centre has every right to intervene and the Constitution gives it those rights. One cannot see one’s house looted for being politically opposed to someone.

What about the Centre’s decision regarding Alapan Bandyopadhyay?

That I think is too much. I could not support the Centre on [this] issue.

Because he did not do anything wrong. He was involved in disaster management activities, and being the chief secretary he has to follow the direction of the chief minister. What is wrong in that?

But he did not take part in the meeting held by the prime minister.

No, he was present. But he had to leave because the chief minister left the meeting. When the chief minister has left, how could he be present as he was the administrative head of the state? He had to follow the chief minister, who had another meeting that was also related to disaster management. I think there was no lapse on the part of the chief secretary.

So, the chief secretary’s loyalty should be to the chief minister?

No, there is no question of loyalty here. The prime minister came to hold a meeting. The chief minister also had a scheduled programme, which was also to manage the disaster. So both of them attended the meeting. And then the chief minister departed, and the chief secretary had to follow. In fact, he was forced to leave.

Coming to post-poll violence, do you think there is a need to enforce Article 355 (duty of the Centre to protect state from external aggression and internal disturbance)?

It depends on the Central government. Under Article 355, Centre can issue direction to the state.

That could be an important step.

Post-poll violence disturbs Constitutional governance and rule of law…. I am completely disturbed when I try to understand how a person or his family can be victimised just because they might not have supported the ruling political party.

And that paves the way for Centre’s intervention under Article 355?

If being a victim, I have no [way of] redress, then of course the state is not run on the basis of Constitutional norms and rule of law.

Do you think that is the state of affairs in Bengal?

If a case is made out to be like that, then the Central government can send a report to the state government, issuing guidance. I think the Centre’s and High Court’s interventions have shown some improvements, though such violence should [never] take place.