India has remained firm on its demand of complete disengagement 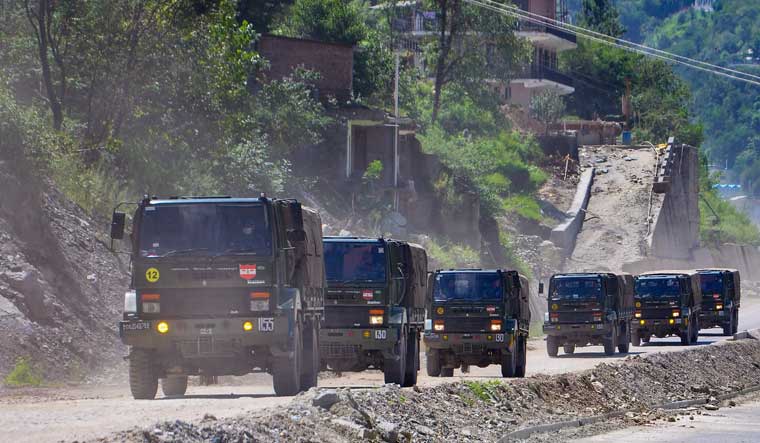 After a gap of nearly a month, India and China’s military commanders are once again sitting at the negotiating table for a solution to the six-month long standoff in the icy heights of Eastern Ladakh. The meeting on Friday at the Indian side of Chushul Border Personnel Meeting Point (BMP) is the eighth between the two nations.

The Indian Army delegation is headed by newly appointed Commander of its Leh-based 14 Corps Lt General P.G.K. Menon who took over from Lt General Harinder Singh last month. Lt Gen Harinder Singh had participated in the last seven meetings which lasted close to 100 hours, but were “inconclusive”.

India has remained firm on its demand of complete disengagement across Eastern Ladakh on the Line of Actual Control.

“There will be no change in the Indian military’s stand. Chinese military has to first pull back from all friction points, then withdraw tanks and artillery regiments from the forward positions. We are asking for restoration of status quo ante in eastern Ladakh,” said a top official source based in South Block, which houses the ministry of defence.

Amplifying India’s unwavering position, Chief of Defence Staff General Bipin Rawat made it clear that India will not accept any “shifting” of the LAC and unprovoked tactical military actions “spiralling into a larger conflict” cannot be discounted.

Addressing a webinar on the occasion of the Diamond Jubilee celebrations of the National Defence College in the national capital, General Rawat had said, “Our posturing is unambiguous, the status quo has to be restored, and we will not accept any shift in Line of Actual Control.”

“In the overall security calculus, border confrontations, transgressions, unprovoked tactical military actions spiralling into a larger conflict there cannot be discounted,” he added.

Newly inducted Rafale fighter jets with other frontline fighters like Sukhoi 30 and MiG 29 are constantly carrying out combat air patrol in Ladakh sector.

But, General Rawat admitted that the situation on LAC is “tense” and the Chinese military was facing unanticipated consequences of its misadventure because the response from the Indian defence forces was firm and strong.

In August, the Indian Army took control over several dominating heights in south bank of Pangong Tso, which had irked China. Since then, the neighbouring nation has been pressing the Indian military to leave the mountain peaks.

However, in the sixth round of military commanders’ meeting, both sides had somehow agreed to stop sending more troops on the frontlines and refrain from unilaterally changing the situation on the ground.

But, with no actual progress on ground, both sides have geared themselves for long and harsh winters, where temperatures dip up to minus 40°C. Supporting New Delhi’s stand, the United States has also sent more than 20,000  extreme winter clothing gear for the Indian Army.