Members of the Congress party described it as ‘murder of democracy’ 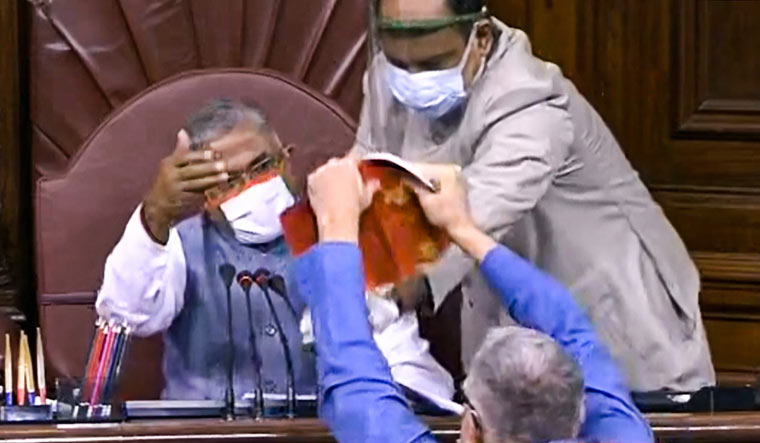 The Congress condemned the manner in which two contentious farm bills were passed in the Rajya Sabha on Sunday, describing it as murder of democracy and noting that the day will go down in history as black day.

Senior Congress leader and Rajya Sabha MP Ahmed Patel, briefing the media after the passage of the two bills amidst intense furore and protests by the Opposition, said 12 opposition parties have submitted a no-confidence motion against Deputy Chairman of the Rajya Sabha Harivansh in protest against the manner in which the bills were passed.

“This day will go down in history as black day. I am saying this because the bills that were passed today and the law that they are bringing is not only against farmers, but also goes against the ethos of federalism. The issue pertained to the states, which are anyways suffering because of a faulty GST regime. They have dealt a blow to the spirit of the Constitution,” Patel said. 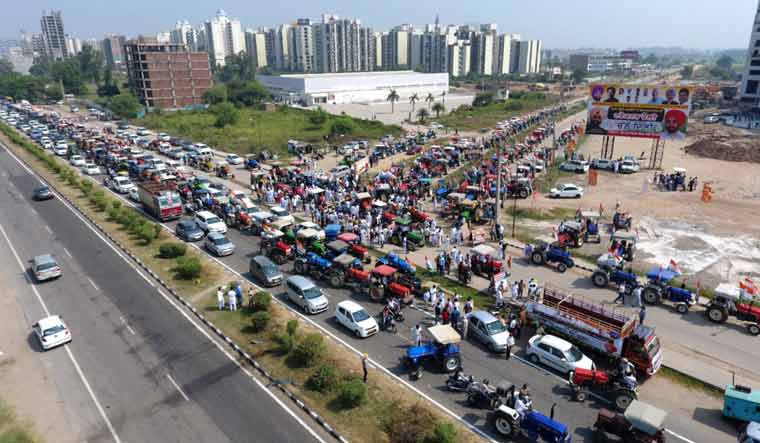 He said that through the two bills—The Farmers’ and Produce Trade and Commerce (Promotion and Facilitation) Bill, 2020 and Farmers (Empowerment and Protection) Agreement on Price Assurance and Farm Services Bill, 2020—the government is trying to offer the farm sector to the corporates.

He said 12 opposition parties have submitted a no-confidence motion against the Rajya Sabha Deputy Chairman “because the way the bill was passed, democratic principles have been blown to shreds. It amounts to killing democracy.”

Patel said the opposition parties wanted the house to be adjourned today and demanded further discussion on the bill on Monday, but it was not agreed to by the ruling side. He further complained that the demand of the opposition for a division of votes was not paid heed to.

Senior Congress leader and Rajya Sabha MP Jairam Ramesh, meanwhile, tweeted that all parties, including the BJP, had agreed to a four-hour discussion on the farm bills in the Rajya Sabha, which was unilaterally cut short by the government’s floor managers by about 45 minutes. This was the starting point for the chaos in the Parliament this afternoon, he said.