Arrested Al-Qaeda operatives were planning to carry out terror strikes in Delhi-NCR: NIA

The agency identified Pakistan-based Amir Abu Hamza as their handler 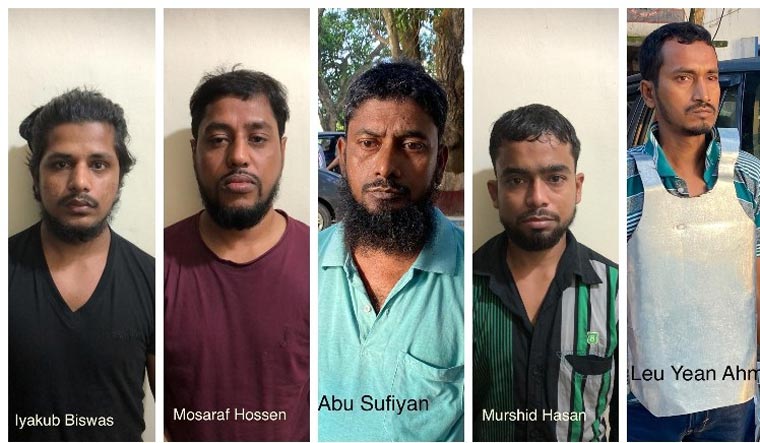 Amir Abu Hamza, a Pakistani handler, has been identified by the National Investigation Agency (NIA) as the mastermind who was directing the Al-Qaeda operatives arrested in West Bengal and Kerala arrested on Saturday. The module was planning to carry out a major terror strike in Delhi-NCR.

Hamza had asked the arrested accused to come to Kashmir to deliver arms and ammunition which is when the NIA sleuths swooped down on them as a preemptive step to thwart possible terrorist incident. “The members were planning to travel to Kashmir on the instructions of Hamza from Pakistan,” said a senior NIA official.

The sleuths gathered information through technical intelligence on their activities and the conspiracy being hatched to carry out terror attacks in Delhi-NCR.

Murshid Hasan was a casual labourer, Iyakub Biswas was salesman in a garments shop, and Mosaraf Hossen was working as a cook. Ataur Rahman is a second year arts student, Abu Sufian is engaged in farming and was a tailor earlier, Leu Yean Ahmed is an electrician in a college, while Mainul Mondal is a cook. Najmus Sakib is pursuing graduation in computer science and Al Mamun is a mason and a driver.

NIA sources said the members were planning to travel to NCR to get country-made weapons available in western Uttar Pradesh and the agency sleuths are trying to ascertain their contacts in these areas.

It is still not clear who they were supposed to meet in Kashmir on instructions of Hamza to deliver weapons. The agency is investigating if the group had already carried out a recce of their targets in Delhi-NCR and other states.

“If the module would have reached Kashmir they would have delivered the consignment of weapons,” said an official. Large quantity of incriminating materials, including digital devices, documents, jihadi literature, sharp weapons, country-made firearms, a locally fabricated body armour, articles and literature used for making home-made explosive devices have been seized from them.

Early on Saturday morning, the NIA conducted simultaneous raids at several locations at Ernakulam and Murshidabad and arrested nine nine terrorists associated with Pakistan sponsored module of Al-Qaeda. “The Al-Qaeda militants, operating from various locations, including West Bengal and Kerala, were planning to undertake terrorist attacks at vital installations in India with an aim to kill innocent people and strike terror in their minds,” said the NIA.

As per preliminary investigation, these individuals were radicalised by Pakistan-based Al-Qaeda terrorists on social media and were motivated to undertake attacks at multiple places, including the National Capital Region.

The module was actively indulging in fund raising for the purpose, and a few members of the gang were planning to travel to New Delhi to procure arms and ammunition. These arrests have preempted possible terrorist attacks in various parts of the country, said the agency.