Controversy erupts over Army's killing of 3 'militants' in Shopian

Families of three labourers from Rajouri have filed missing reports 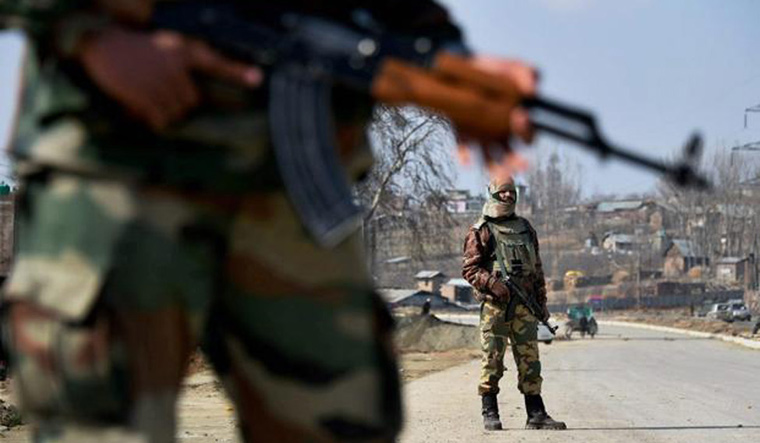 The killing of three “militants” by the Army in an operation on July 18 in Shopian has become a controversy after it reports emerged that the three were possibly labourers from Rajouri and not terrorists.

The controversy erupted after the families of three labourers—Imtiaz Ahmed, Ibrar Ahmed and his namesake Ibrar Ahmed—lodged a missing report with the police yesterday in Rajouri, saying they have not heard from them since July 17.

Guftar Ahmed Chaudhary, a social activist in Rajouri, told THE WEEK that three the men had travelled to Shopian in south Kashmir for work and called home on July 17.

“They told their families they have reached Shopian and have also rented a room and will now look for work,’’ Chaudhary said.

He said after that the young men never contacted their families.

Chaudhary said initially their families thought that the three were not calling home due to a problem in the network or because of quarantine.

He said as days passed, the families became anxious and lodged a missing report with the police.

He said the families of the three men now fear the ‘three militants’ killed by the Army on July 18 could be them.

“Tomorrow, we are going to the police again to ask them to find out what has happened to the three men,’’ he said.

Amrit Pal Singh, SSP, Shopian, said they will investigate the matter as per law only after the families of the three missing men approach them.

Colonel Rajesh Kalia, defence spokesman in Srinagar, in a statement, said the Army has taken note of social media posts linked to the operation in Shopian on July 18.

“The three terrorists killed during the operation have not been identified and the bodies were buried based on established protocols,’’ the statement said. It said the Army is investigating the matter.

Earlier, former chief minister Mehbooba Mufti, whose Twitter account is handled by daughter Iltija Mufti, tweeted: “Shocked to hear about reports of 3 missing labourers reportedly killed in a staged encounter at Shopian. Armed forces have a free hand to operate with impunity. Explains why bodies are allowed to decompose at unknown locations. Probes into recent encounters must be ordered,’’ Mufti said.

CPI(M) leader M.Y. Tarigami said the killing was shocking and must be probed by a sitting High Court judge in a time-bound manner. He said, in the past, too, civilians have been killed in fake encounters for rewards and promotions. He said the 2010 unrest was the creation of the Machil fake encounter.