The IAF chief had reportedly visited the airbases at Leh, Srinagar on June 17-18 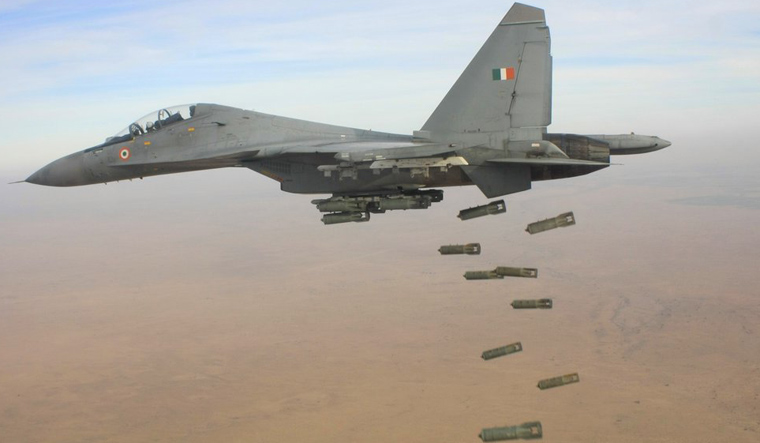 News agency ANI reported on Friday that the Indian Air Force had moved "assets including fighter aircraft" to forward bases and airfields in view of the tension with China following the clash at Galwan earlier this week.

Movement of fighter squadrons takes place whenever a major crisis, similar to the one at Galwan, occurs.

ANI reported that the "Indian Air Force moved its critical frontline assets including the Sukhoi-30MKI, Mirage 2000 and Jaguar fighter aircraft fleet to advanced positions where they can fly in at a very short notice to carry out operations. For providing air support to the Indian Army troops in the eastern Ladakh sector, the American Apache attack helicopters have been deployed in the close vicinity of the areas where operations by the ground troops are taking place at the moment.”

“The Chinook helicopters have also been deployed in and around the Leh airbase to provide the capability of rapid troops transportation and inter-valley troop transfer, in case such a situation emerges there. The Mi-17V5 medium-lift choppers are also playing an active role in the area in troops and material transportation there.”

ANI reported that Indian Air Force chief Air Chief Marshal R.K.S. Bhadauria had visited the airbases at Leh and Srinagar. “The Air Force chief was on a two-day visit where he checked the operational readiness of all the platforms that have been moved to the area in view of the Chinese aggression along the LAC in the Eastern Ladakh where more than 10,000 troops have been amassed by China," ANI reported on Friday. Bhaduria was in Leh on Wednesday and visited the Srinagar airbase on Thursday.

In addition to the movement of Indian Air Force jets to the region, media reports have claimed that the Indian Navy had deployed its P-8I maritime patrol aircraft to the region for surveillance purposes. Flight trackers on Twitter posted tracking data of a P-8I flying over Himachal Pradesh on Thursday. The P-8I, which has sophisticated radars, electro-optical sensors and mapping equipment, has also been deployed to the region previously. In February, Chief of Defence Staff General Bipin Rawat claimed that the P-8I was deployed for surveillance during the standoff at Doklam in 2017.