76 Indian soldiers injured in Ladakh clash, none of them critical: Army

Fifty-eight soldiers can resume duty in a week, says Army 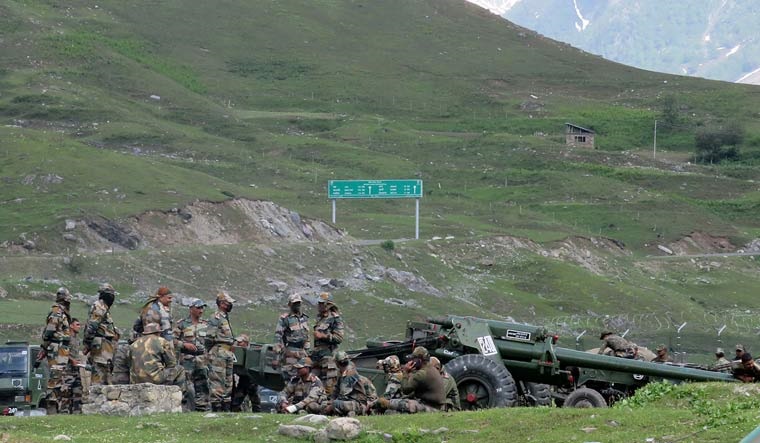 Indian soldiers rest next to artillery guns at a makeshift transit camp before heading to Ladakh, near Baltal, southeast of Srinagar, on Tuesday | Reuters

Seventy-six Indian soldiers, who were injured during a clash with the Chinese troops at Galwan Vally in eastern Ladakh, were undergoing treatment at various hospitals, the Army said on Thursday.

It added that none of those injured was critical.

Twenty soldiers, including a colonel, were killed in a violent clash with Chinese troops at Galwan Valley on Monday night, in the biggest military confrontation between the two armies in over five decades. According to unconfirmed reports, the Chinese side, too, suffered over 40 casualties.

Reports suggested that the Indian soldiers were attacked with iron rods, nail-studded clubs and rocks wrapped in barbed wire in the fight near Patrol Point 14.

The Army on Thursday clarified that no Indian soldier is missing in action after the unprecedented face-off with Chinese troops.

Meanwhile, the Major Generals of the two armies met for the second time on Thursday to diffuse the tension after their first round of talks on Wednesday remained inconclusive.

A large number of Indian and Chinese troops were engaged in an eyeball-to-eyeball situation in Galwan Valley and certain other areas of eastern Ladakh for last five weeks.

The two armies are engaged in the standoff in Pangong Tso, Galwan Valley, Demchok and Daulat Beg Oldie in eastern Ladakh.

The Indian Army has been fiercely objecting to the Chinese transgressions, and demanded their immediate withdrawal for restoration of peace and tranquility in the area.