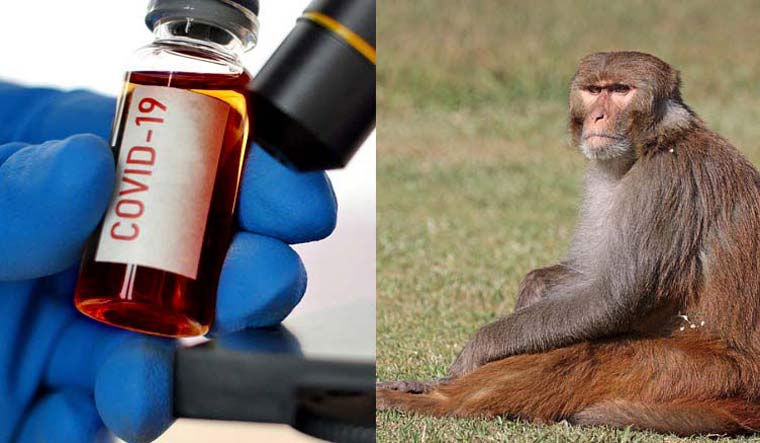 India’s COVID warriors face many hazards in the line of their duty, but for lab technicians at the Meerut Medical College, mischievous monkeys could be the limit.

In an incident that has gone viral, lab technicians from the MMC were ambushed by a monkey that managed to snatch away blood samples that they were carrying and escape with them to the neighbouring trees.

“Monkeys grabbed and fled with the blood samples of four COVID-19 patients who are undergoing treatment...we had to take their blood samples again,” Reuters reported Dr S. K. Garg, a top official at the college, as saying.

The incident was then filmed, showing the monkeys chewing on the samples. Fears soon spread that these were the samples of COVID-19 patients.

👉In this video, the monkey can be seen munching on them as well

👉DM has said he would look into it. Locals say it's a regular menace

👉Tagging @IvankaTrump since she loves such videos from India pic.twitter.com/USjhuucDXf

Garg told ANI that these samples were those of “other routine tests from COVID-19 patients, not swab test for the virus testing”.

According to authorities, it was not yet known whether the monkeys spilled the samples. Whether they are contagious remains to be seen.

Garg later told Reuters that it was not yet known whether monkeys can contract the virus from infected blood.

According to the FDA, there are no known cases of COVID-19 being transmitted by blood transfusion.

Monkeys are notoriously mischievous and during the lockdown have been increasingly reported as breaking into buildings and stealing items during lockdown, according to an AFP report.

In 2018, a group of monkeys stoned a 72-year-old man to death in the village of Tikri, about 55km from Meerut, by throwing bricks at him while he was collecting wood.