Currency was also concealed in meatballs; CISF tweeted a video of it being uncovered 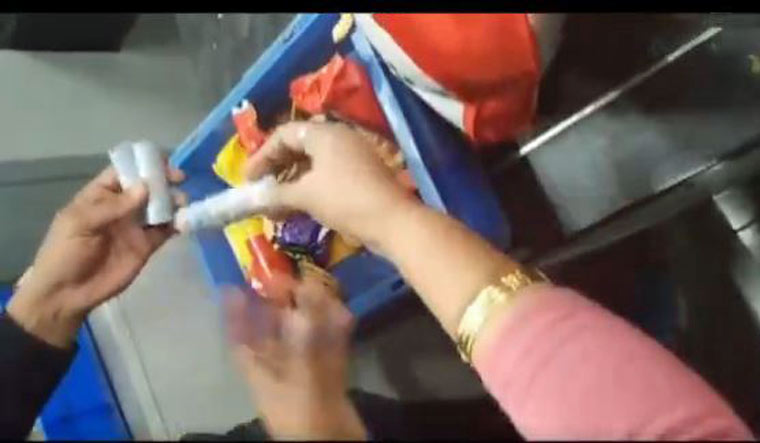 The CISF seized Rs 45 lakh worth of foreign currency hidden in cooked meat pieces, peanuts and biscuit packets from a passenger at the Delhi airport, officials said on Wednesday.

The unique modus operandi of currency smuggling came to light on Tuesday evening when security personnel intercepted Murad Ali on the basis of his "suspicious" behaviour when he reached Terminal-3 of the Indira Gandhi International Airport to board an Air India flight to Dubai.

"This is a unique and peculiar way of concealing foreign currency for smuggling," Singh said.

A video of the interception provided by the force showed the security personnel cracking peanuts, unzipping sealed biscuit packets and digging into oily meat pieces to extract an assortment of Saudi Riyal, Qatari Riyal, Kuwaiti Dinar, Omani Riyal and Euro rolled and wrapped neatly inside.

The estimated worth of this seized cache is Rs 45 lakh and the passenger and the currencies have been handed over to Customs authorities for investigation, the CISF spokesperson said.