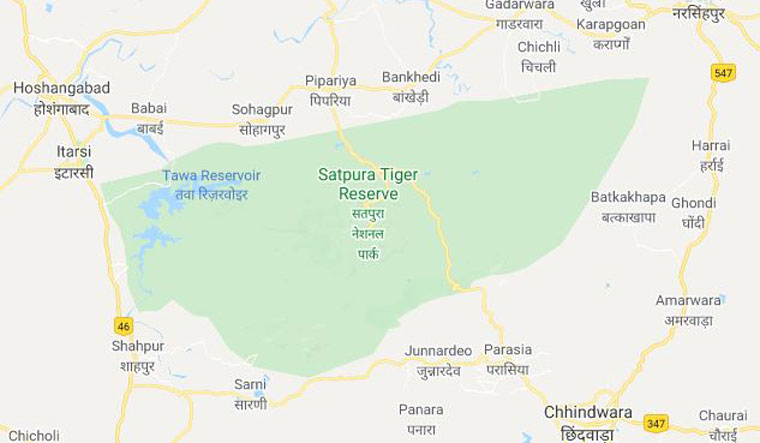 A woman in Mehendikheda village of Matkuli region in Madhya Pradesh was mauled to death by a tiger early morning on Friday, causing severe unrest among the villagers. The incident took place just on the outskirts of the Satpura Tiger Reserve in Hoshangabad district.

The irate villagers vandalised an eco centre of the forest department at Matkuli with the demand that the tiger should be immediately traced and shifted out of the area.

Mehendikheda village falls under Piparia police station. The woman, Kusmaria Bai, 45, had gone out for defecation when the tiger attacked her around 6 am, police said. Her body was found badly mauled.

Two cows had been killed by a tiger on Thursday morning in nearby Pisua village. The villagers are of the opinion that the tiger is the one that has been recently shifted from Bandhavgarh National Park and released in Satpura Tiger Reserve, Piparia police station in-charge Satish Andman told THE WEEK.

The official said that the situation has been brought under control in Mehendikheda and the villagers are holding discussions with the forest officials who arrived on the scene. The woman's body has been handed over to family members after postmortem, the cop said.

Field director of Satpura Tiger Reserve, S.K. Singh, said that attempts were being made to trace the tiger involved in the attack and until then it could not be ascertained whether it is the same tiger that has been shifted from Bandhavgarh.

“Discussions are on with the villagers and situation has been controlled with help of local administration. We will be taking steps to shift the tiger, once traced,” the field director told THE WEEK.

The forest department had made public announcements regarding movement of tiger in the area after two cows were killed on Thursday. However, when the woman was killed on Friday, the villagers got enraged and vandalised and burnt down a part of the eco centre. They then reached the Matkuli trisection  and held a road blockade, cutting down the traffic to tourist destination of Pachmarhi and Chhindwara from Bhopal.