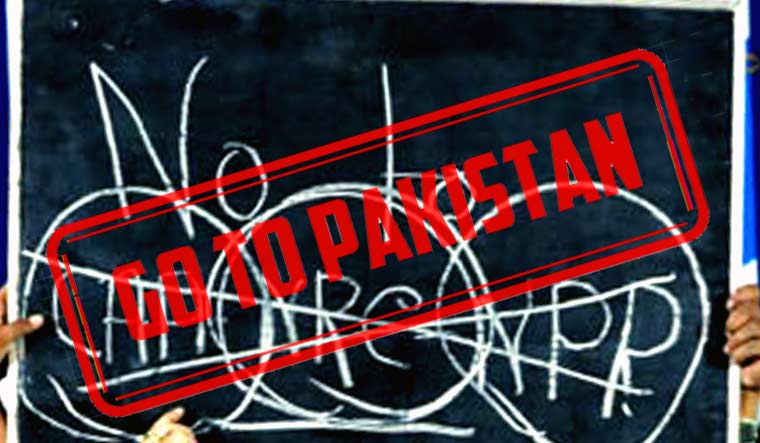 A teacher of a government girls school in Kodungallur, Kerala, was suspended after he allegedly asked his students to go to Pakistan if they unwilling to accept the Citizenship Amendment Act (CAA).

The teacher, Kaleshan K.K. from the Kodungallur Girls Higher Secondary School, was suspended after the father of one of the students complained about the incident on social media, prompting an inquiry by the education department deputy director who visited the school on Thursday.

Kaleshan was a Hindi teacher at the school, while the students he allegedly made the remarks to were from Class 8.

The department said that the teacher entered the class and addressed the students on the CAA, telling them that if they were unwilling to accept the new law, they should move to Pakistan.

The incident prompted several students to complain to the headmaster. A disciplinary committee found substance in the accusations and then suspended him. The suspension could be revoked, however, after a detailed probe takes place.

According to reports, officials say that several students in the class were Muslim and felt offended by the teacher's statement. They alleged that he had made lewd remarks while teaching biology in the past and that he taught biology even though he was not authorised to do so.

Several students had also complained to the headmaster of the Kodungallur girls higher secondary school against the teacher, who also allegedly used to speak in a sexually coloured manner to the students, officials said.