MHA postponed the Census exercise due to COVID-19 pandemic 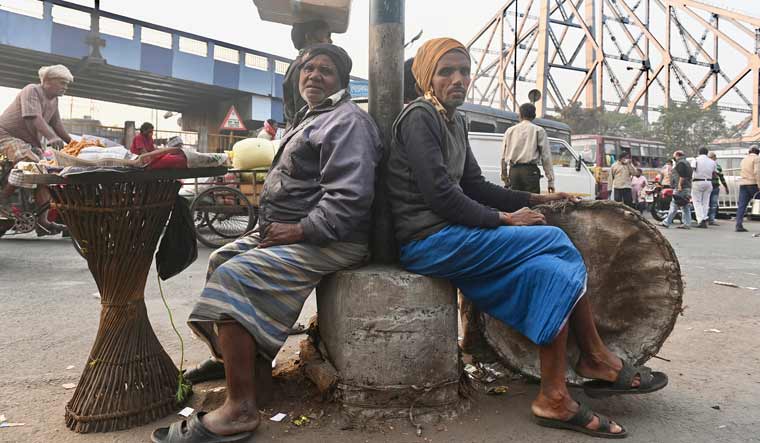 After the Union government postponed the Census 2021 due to COVID-19 pandemic last year, it is now gearing to conduct the nationwide enumeration exercise with the Union Budget 2021 setting aside Rs 3,768.28 crore for it. The funds allocated to the Census, Survey and Statistics and Registrar General of India includes provisions for the office of the Registrar General and Census Commissioner of India and various schemes of RGI, including National Population Register (NPR) and expenditure on Census, 2021.

It may be recalled that several states had expressed concern over the NPR exercise being clubbed with the Census enumeration after the Home Ministry faced flak for the Citizenship Amendment Act.

The anti-CAA protests saw at least half a dozen states refusing to allow the NPR exercise even though the MHA said the updated NPR data was needed for welfare schemes to reach the poor. The ministry said the NPR data could be used for various welfare schemes of the state and Union government, and had proposed that the NPR exercise would be conducted along with the house listing and house census exercise slated between April and September last year. However, due to the COVID-19 pandemic, the MHA postponed the Census exercise.

It appears the home ministry is still planning to go ahead with the Census and NPR collection in the same way as it had been planned last year. A final decision and a formal annoucement is yet to be made but a fresh round of confrontation between the Centre and states is expected if the Census-NPR are clubbed together once again.

Meanwhile, the Union Home Ministry has got a total budgetary allocation of Rs 1,66,546.94 crore of which Rs 1,03,802 crore is set aside for central paramilitary forces and policing.

As cross-border tension continues to remain high on the western and eastern borders with both Pakistan and China showing military aggression, the budgetary allocations for the CRPF, BSF, ITBP and NSG have been increased.

The budget of the Delhi police, which is responsible for maintaining and enforcing law and order in the National Capital Territory of Delhi, has also been increased from Rs 7,906 crore to Rs 8,338 crore. In the last one year, the Delhi Police has been handling several protests and violent incidents beginning with the anti-CAA protests early last year followed by the communal riots and the recent farmers protests.

Meanwhile, the ambitious National Intelligence Grid project of the MHA has seen a cut in its budgetary allocation from Rs 100 crore to Rs 60 crore. The NIG has not taken off yet as it has suffered delays due to reluctance of several agencies involved in intelligence collection and analysis from sharing their data.

The National Intelligence Grid, first envisaged during the UPA government's tenure, aims to link databases as an input in combating terrorism and create a facility to improve capability to counter internal security threats.

Meanwhile, the government has increased the budget allocation of the BSF airwing in a massive way from Rs 57 crore to Rs 140 crore this year. This gives the MHA an exclusive air wing for transporation of central forces and giving logistical support in insurgency-affected areas. This provision is meant for procurement and maintenance of aircrafts, water boats and helicopters for the use of Central Armed Police Forces.

There is also an increase in police modernisation funds from Rs 106 crore to Rs 668 crore. There have been demands from state police forces for modernisation of the police, with many of them using obsolete weapons and technology for policing activities.

Meanwhile, the newly formed Union Territories of Jammu and Kashmir and Ladakh have got heavy allocations for secretariat expediture and development. While J&K has got an allocation of Rs 30,757 crore, Ladakh has got Rs 5,958 crore. This includes funds for establishment of offices of UT Ladakh like Ladakh Autonomous Hill Development Council, other special area programmes, courts, taxes, treasury. The funds are towards police, jails, tribal welfare, disaster management, industries, power, forestry and wildlife, civil supplies, medical and public health, general education, technical education, sports and youth affairs among others.The MHA said the provisions are to assist UT of Jammu and Kashmir and Ladakh in meeting its resource gap.