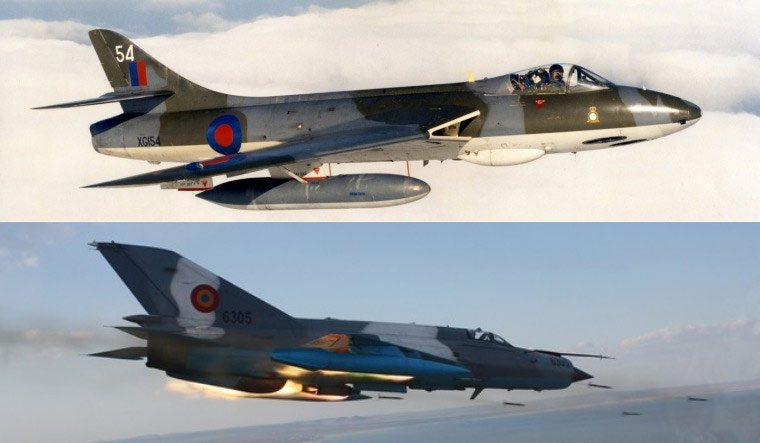 The Indian Air Force on Tuesday will resurrect its No 17 'Golden Arrows' Squadron, which will be the first unit to fly the multi-role Rafale fighter jets.

Indian Air Force chief Air Chief Marshal B.S. Dhanoa will resurrect the No 17 squadron at an event on Tuesday at the Ambala Air Force Station as it prepares to receive the Rafale jets, official sources said.

The Golden Arrows Squadron was commanded by Dhanoa during the Kargil war in 1999.

The Golden Arrows Squadron has a storied past, beginning with its formation in 1951. The squadron was formed in Ambala with the Harvard IIB trainer aircraft. The Harvard was the name given by air forces in the British Commonwealth for the US-designed T-6 Texan trainer. The Harvard IIB was originally in service with the Royal Indian Air Force before independence.

The British-built de Havilland Vampire was the first jet fighter the Golden Arrows operated. The Indian Air Force operated over 250 Vampire jets, using the aircraft in combat in the Liberation of Goa in 1961 and the India-Pakistan war of 1965.

By the time of the Kargil War in 1999, the Golden Arrows were flying the Russian-origin MiG-21 fighter. The Golden Arrows won the most gallantry awards from the IAF in the Kargil War, including a posthumous Vir Chakra for squadron leader Ajay Ahuja. Ahuja was believed to have been murdered by Pakistani forces after they had shot down his MiG-21. When he was shot down, Ahuja was conducting a reconnaissance mission when he was ordered to search for the pilot of a MiG-27 that crashed due to engine failure.

The Golden Arrows were disbanded in 2016 after the Indian Air Force began gradual phaseout of early MiG-21 variants.