What will Rafale bring to Indian Air Force? The experts' views 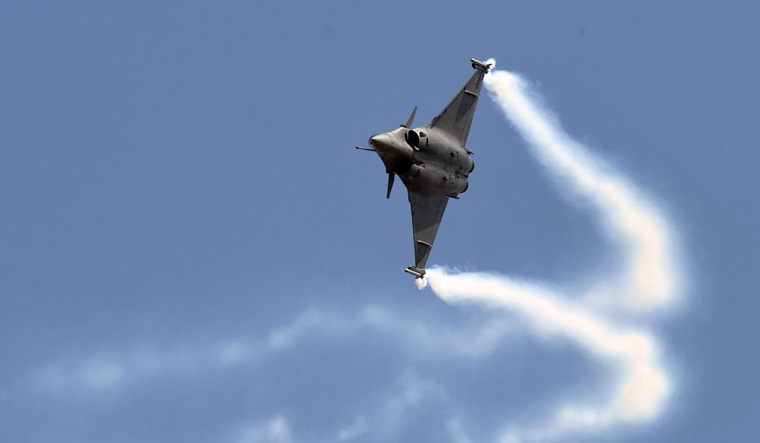 When France's Dassault Aviation was declared the lowest bidder for the tender to supply the Indian Air Force 126 fighters in 2012, reams of paper and digital space were devoted to speculating on the boost in defence capabilities the Rafale would give India. The tender was frequently referred to as the ‘mother of all deals’. The trials for evaluating the six aircraft on offer to the IAF, and subsequent negotiations with Dassault for the Rafale, were keenly followed by the global defence aviation industry.

The excitement persisted until Prime Minister Narendra Modi announced on a visit to Paris in April 2015 that India would buy 36 Rafale jets directly from Dassault, terminating the negotiations for 126 aircraft.

With the IAF set to get its first Rafale by September this year, it is perhaps time to step back from the debate on the alleged irregularities in the deal with Dassault and examine what the induction of the 36 jets mean to India. Or whether there is any benefit at all in the Indian Air Force adding a brand-new jet, in small numbers, into its fighter fleet, which currently has six different types of aircraft in active service.

These questions become more pertinent as the Dassault Rafale is again 'competing' to win a contract for 114 fighters for the IAF. The allegations swirling around the Rafale deal come at a time when China continues to surge ahead in the development of new technologies in stealth aircraft, sensors, weapons and advanced drones.

THE WEEK reached out to three experts on defence issues to understand what the Rafale can offer India and the road ahead for the IAF. They were Bharat Karnad, eminent strategic analyst and former member of the National Security Advisory Board; retired air vice marshal Mohan John, who flew MiG-21s and Mirage-2000s in the IAF, and retired admiral Arun Prakash, former chief of Naval Staff and one of the Indian Navy’s pioneer fighter pilots.

Is the Rafale a quantum leap for the IAF? 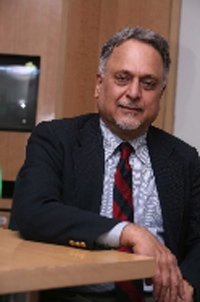 Bharat Karnad: The Rafale provides no new mission capability whatsoever, and the induction of just 36 aircraft (two squadrons) fails to address the supposedly 'urgent' need to boost the depleting squadron strength of the IAF.

Arun Prakash: The Rafale may be entering IAF service in 2019, but its development started in the 1970s-1980s period. To my mind, an important factor in favour of buying the Rafale was the need of the IAF to diversify its sources of aircraft as the Russians have failed to provide adequate support for their products (true for Army, Navy also), and the IAF has been struggling with low serviceability (often less than 50 per cent) of their Russian-origin fleet.

Mohan John: The Rafale is one of the best fighters around, which is only 'half-a-generation' behind the US F-22 Raptor, the world’s most advanced fighter. It will offer the IAF a tremendous advantage. However, while we had a requirement for 126 fighters, we are only getting 36. With 36 Rafales, we are getting new capabilities, but they will not be the same as the level offered by a larger number of jets.

Are 36 Rafales relevant in deterring China?

Karnad: The IAF is putting much emphasis on the promised on-board French ordnance that will arm the Rafale, especially the Meteor long-range air-to-air missile. But the technology of this exorbitantly priced weapon works mostly on paper! India should be concerned about China's work on new systems such as swarms of drones that use artificial intelligence to attack targets, a technology in which Beijing is now on par with the US and Russia.

Prakash: It’s not a bad idea to have an advanced aircraft like the Rafale in the inventory even if it’s just two squadrons as they can play an important role. This is especially so, since India is nowhere near China in developing fifth-generation (stealth) fighters and in other capabilities like space and cyber warfare.

Is the Rafale the best fighter for carrying nuclear weapons?

John: Aircraft like the Mirage-2000 and Su-30MKI, both of which are in IAF service, and the Rafale are multirole jets that India can utilise in whatever role it wants. Modifying a fighter for the nuclear strike role is not a complicated process.

Prakash: As far as nuclear weapons capabilities go, there is little to differentiate between the Su-30MKI and the Rafale, since both are twin-engine jets. The Su-30MKI is heavier than the Rafale, and it can go further and carry a heavier payload of weapons.

Would buying additional Su-30MKIs have been more prudent than buying the Rafale?

Karnad: This is an absolutely valid argument; I initiated the thinking about this option. The Rafale's much-touted 'data fusion' capability (integration of information from sensors) will be matched by the 'Super Sukhoi' configuration that is being offered for the upgrade of the Su-30MKI by Russia.

Prakash: The Su-30MKI is a larger aircraft than the Rafale and also has thrust-vectoring nozzles for its engines (allowing high manoeuvrability in air-to-air combat), which the Rafale lacks. The price of the Rafale is astounding. Had we bought 126 Rafales, the Indian Navy and Army would have been starved of funds for their needs.

Are more ‘follow-on’ purchases of the Rafale possible?

Karnad: The unceasing controversy surrounding the Rafale deal and the toll it has taken on Modi's reputation for propriety pretty much makes this aircraft a pariah buy that no regime in the future will be able to extend.

Prakash: The chances of Rafale numbers going beyond 36 appear bleak, though buying another two squadrons would have made more sense. 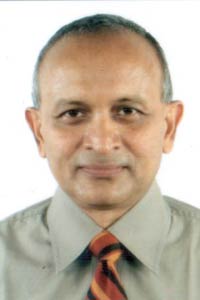 John: Cost would not be a factor to deter follow-on Rafale purchases as the IAF has created the infrastructure to maintain the aircraft. However, any follow-on order would be a political decision.

Who will win the new IAF contract for 114 fighters?

Karnad: The Modi government has a foreign policy 'over tilt' to the US, and Washington is confident that it will be able to influence the prime minister subtly or more forcefully (the CAATSA, for example, mandates sanctions on countries importing Russian weapons). If Modi is re-elected in 2019, the choice will likely be the 1960s-vintage Lockheed Martin F-16, decked out with 'bells and whistles' (upgraded systems) that the Indian media can ooh and aah about!

Prakash: If politics dominates the decision-making process, the US planes (F-16 or Boeing F/A-18 E/F Super Hornet) would be frontrunners. I would prefer the Super Hornet (in service on US Navy aircraft carriers) to win the IAF contract as it would provide commonality with the Indian Navy, which is also looking, separately, to buy 57 carrier-based fighters.

John: I am not speculating on a 'winner' for the 114 aircraft deal as I am not privy to the IAF's Air Staff Requirements. But the selection of a totally new fighter would exacerbate the IAF’s 'logistical nightmare', by necessitating the creation of new infrastructure for testing, training and maintenance of yet another aircraft.