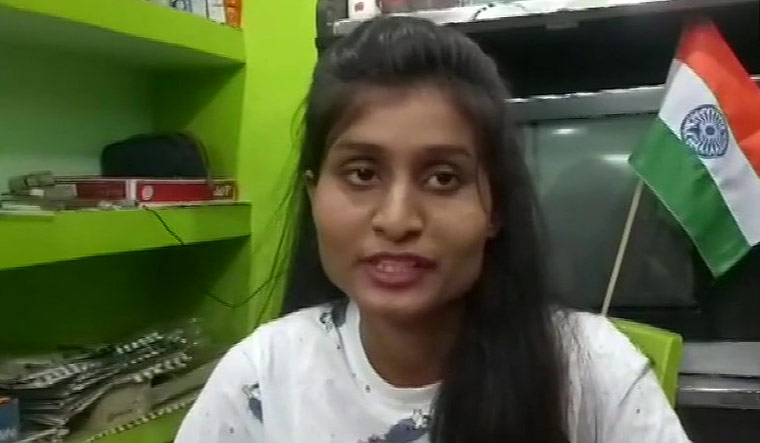 It is not every day that a 19-year-old B.Com student will make headlines for merely sharing a social media post.

But Richa Bharti, a college student in Ranchi, topped the list of searches on Google Trends in India on Wednesday morning. Richa Bharti also topped Twitter trends in India for several hours early on Wednesday. And many of the posts with #RichaBharti were critical of the BJP, which runs the government in Jharkhand.

Bharti had been arrested on July 12 for allegedly sharing a Facebook post that was derogatory to Muslims. The magistrate ordered Bharti to distribute the copies of the Quran to educational institutions and the Anjuman Committee, which had filed the complaint against her.

Speaking to mediapersons on Tuesday, Bharti described the court order to distribute the Quran as “unfair” and said “other communities” were not made to do so. Noting she would appeal in the High Court of Jharkhand, Bharti was quoted by ANI as saying,"Other communities also make such posts; have they ever been asked to recite Hanuman Chalisa and visit temples?"

Is ANYONE from the @BJP4India or the @RSSorg doing anything to reach out to #RichaBharti? Jharkhand has a BJP govt and it was Jharkhand police who arrested the girl within 3 hrs of the complaint. @dasraghubar shame on your police!!

Shefali Vaidya, a prominent rightwing ideologue and author with nearly 4 lakh followers on Twitter, criticised Jharkhand Chief Minister Raghubar Das. She also asked whether anyone from the BJP or RSS had reached out to Richa Bharti.

Vaidya tweeted, “Is ANYONE from the @BJP4India or the @RSSorg doing anything to reach out to #RichaBharti? Jharkhand has a BJP govt and it was Jharkhand police who arrested the girl within 3 hrs of the complaint. @dasraghubar shame on your police!!”

Author Anand Ranganathan tweeted that the Jharkhand state government under the BJP was “shameless” for arresting Richa Bharti. He tweeted, “Dear @AmitShah and @dasraghubar The police under your shameless @BJP4India govt ARRESTED Ms Richa Bharti in the first place. Hear this brave woman's words. You think you are powerful? WRONG. Your power stems from the State; hers from standing ALONE.”

Numerous other Twitter handles also criticised the BJP government in Jharkhand for arresting Richa Bharti. Much online ire was also directed against Manish Singh, the magistrate who issued the order.

However, some prominent BJP figures voiced support for Bharti. Tajinder Pal Singh Bagga offered support to Bharti for “filing petition in Supreme Court”. BJP MP from Karnataka Shobha Karandlaje tweeted, “It's ridiculous to order Rich Bharti to distribute Quran as a condition for her bail. Would anyone dare to ask a Mohammed to distribute Gita?? Today it's Richa, tomorrow it might be any of us, let's all stand with #RichaBharti.”

A BIG THANK YOU to all of you 🙏🙏🙏. We reached the target of 6 lakh Rs in almost 7-8 hours flat. Will request you all to stop the contribution.
Tomorrow we will finish rest of the formalities with @ketto and transfer the amount to #RichaBharti's father's account. GN now 😴 https://t.co/IKRccPsLcy pic.twitter.com/mwoa1ddL2b

Interestingly Vikas Pandey, a self-described BJP volunteer who is followed by Prime Minister Narendra Modi on Twitter, declared he had started a donation driver to meet the legal expenses of Richa Bharti. Pandey tweeted on Wednesday morning his group had reached its target of Rs 6 lakh in “almost 7-8 hours flat”. Pandey claimed the money would be transferred to the father of Richa Bharti.