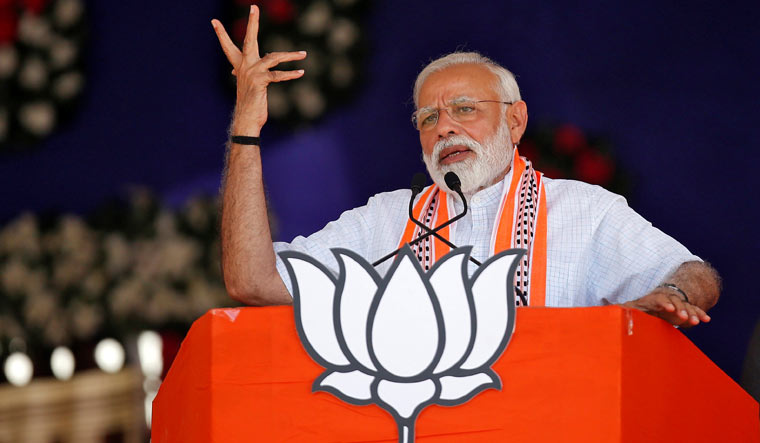 Prime Minister Narendra Modi will take out a major roadshow in Varanasi on Thursday, before he files his nomination papers for the Varanasi Lok Sabha seat on Friday.

The roadshow will start at the Pandit Madan Mohan Malviya statue and end at Dashashwamedh Ghat. Modi, who will be in Varanasi for two days, will address party workers and booth heads on Friday. Modi filing his nomination is looked at as one of the most biggest events as senior BJP leaders and leaders of allies are expected to be present. According to a BJP press release, JDU president Nitish Kumar, Shiv Sena chief Uddhav Thackeray., Shiromani Akali Dal's Parkash Singh Badal and Lok Janshakti Party chief Ram Vilas Paswan are expected to be present.

Before arriving in Varanasi in the evening, the prime minister will also campaign at Darbhanga in Bihar. Speaking at Darbhanga, Modi said: “Some people have a problem with 'Bharat mata ki Jai' and ' Vande mataram', should such people lose their deposits or not? These are same people who complain when I talk about Bharat. They also say 'why is Modi talking about terrorism, it is not an issue'.”

Besides being the prime minister's constituency, Varanasi is also been keenly watched amid speculations of the Congress fielding Priyanka Gandhi against Modi in Varanasi. According to reports, Priyanka has agreed to contest from Varanasi and the final decision lies with Congress chief Rahul Gandhi. The last date for filing nominations for Varanasi is April 29.