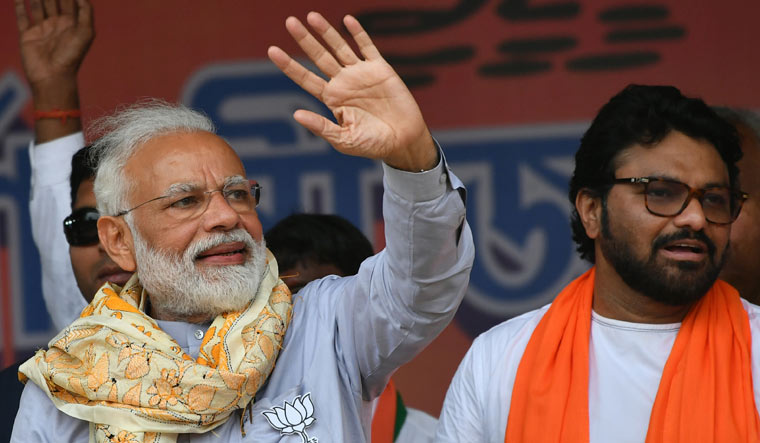 Taking a swipe at Prime Minister Narendra Modi over his interview to actor Akshay Kumar, the Congress on Wednesday said it seems a "failed politician" who is about to be rejected by the people on May 23 is looking for an alternative employment avenue in Bollywood.

The Congress's jibe at Modi came after channels aired the prime minister's interview with the Bollywood star, who described it as a "candid and completely non political" chat.

To another question on the interview, Surjewala said Prime Minister Modi is trying to "become a better actor than Akshay Kumar, but he has again failed miserably like he has failed India".

Asked about Modi's remarks in the interview that other prime ministers left early, but he works till 11 pm, Surjewala asked if he used to work in the Prime Minister's Office or he used to do PM's scheduling.

Surjewala alleged that the prime minister makes a joke of everything.

In the interview, which aimed to unveil "some lesser known facts" about Modi, the prime minister touched upon various aspects of his childhood and his journey before he came to power.