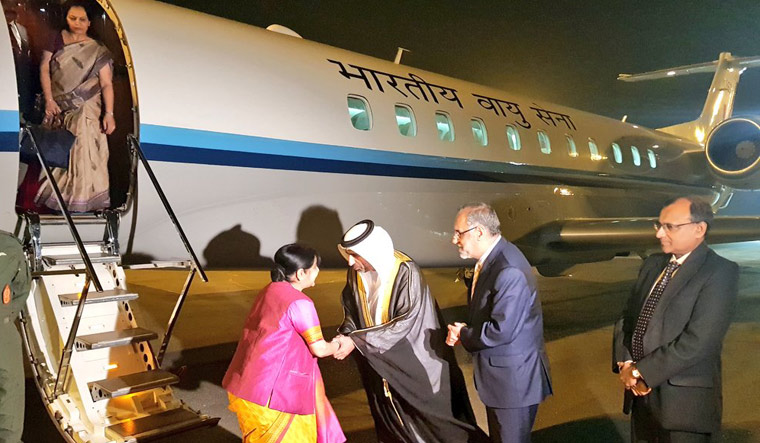 Swaraj will attend the inaugural plenary of the two-day meeting on Friday. It is for the first time that India has been invited to an OIC meeting as guest of honour. Swaraj was received on arrival by UAE officials.

India's engagement with the OIC comes in the midst of escalating tension between India and Pakistan. The ties strained further after Indian fighter jets bombed terror group Jaish-e-Mohammed's biggest training camp near Balakot deep inside Pakistan early on Tuesday. Pakistan carried out a retaliatory aerial raid on Wednesday. There were reports that Pakistan tried to get Swaraj 'disinvited' from the OIC meet following India's air strike on the terror camp.

The OIC had disinvited India from its conference in 1969 in Morocco at Pakistan's behest. The OIC has usually been supportive of Pakistan and often sided with Islamabad on the Kashmir issue.

The MEA said Foreign Minister of United Arab Emirates Sheikh Abdullah bin Zayed Al Nahyan invited Swaraj as the 'guest of honour' to address the inaugural plenary, and that India was happy to accept the invitation.