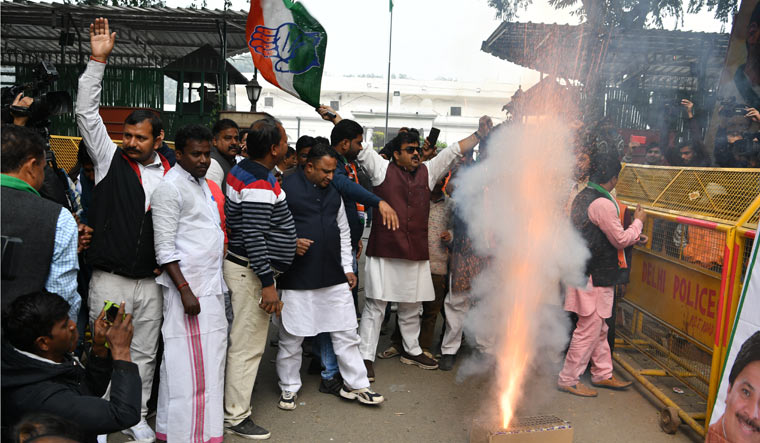 The results of the crucial 'semi-finals' ahead of Lok Sabha polls next year are almost out, and democracy and diversity, secularism and plurality appears to have received a thumbs up.

The verdict of people in five states—Rajasthan, Madhya Pradesh, and Chhattisgarh in the Hindi heartland, Mizoram in the northeast and Telangana in the south—suggest that the tide is clearly not in favour of Prime Minister Narendra Modi and BJP chief Amit Shah's dream of a 'Congress-mukt Bharat'

This is also the grand old party's most spectacular victory post the 2014 Lok Sabha debacle. The party has managed to snatch Rajasthan and Chhattisgarh from the BJP and is giving a tough fight to the saffron party in Madhya Pradesh.

Meanwhile, the victory of TRS in Telangana and the Mizo National Front in Mizoram indicates that the regional parties do matter even as the Hindi heartland has not really favoured the smaller players like the BSP and the Janata Congress in Chhattisgarh.