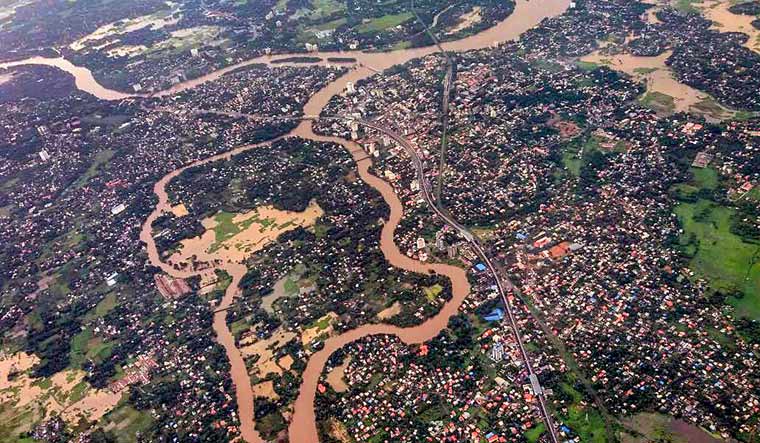 An aerial view of the floods in Aluva, near Kochi after heavy rains in Kerala | PTI

Flood-hit Kerala would need Rs 31,000 crore for rebuilding, says a report by the UN. The Post Disaster Needs Assessment report prepared by a UN team was submitted to Chief Minister Pinarayi Vijayan on Friday by United Nations Resident Coordinator Yuri Afanasiev. This is the first time the UN has prepared such a report in India.

During the meeting, he informed Vijayan that the UN would assist the state in getting international level technical know how for rebuilding Kerala, which had witnessed widespread destruction when floods ravaged the state in August this year.

Earlier, a draft report by the same team had pegged the amount at Rs 27,000 crore.

PDNA is the global methodology developed by the UN, the World Bank and the European Union to assess damage and loss in the wake of a disaster and to recommend the recovery needs and strategies. The report was developed by 76 experts from 10 UN agencies and the European Union in 20 days. The report was prepared after visiting 120 villages in 10 districts and interacting with experts, affected people, elected representatives, officials and representatives of civil society organisations.

During the southwest monsoon over 400 people had lost their lives and several houses destroyed in the unprecedented deluge in Kerala.