French study claims nicotine may be playing a protective role 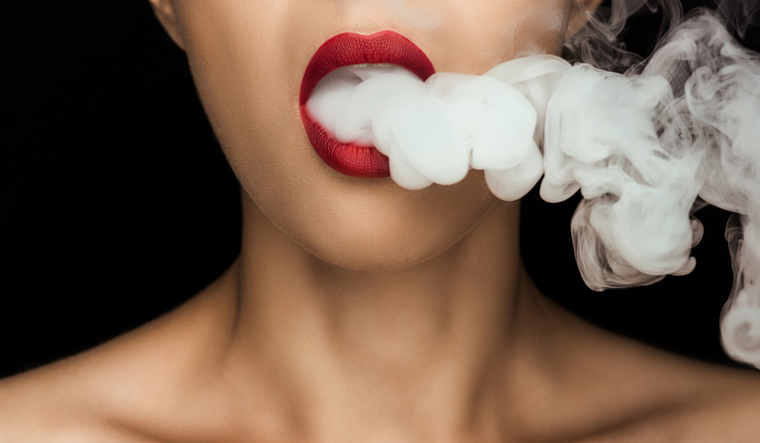 A startling study has revealed that smokers seem to be less likely to suffer severely from COVID-19 than non-smokers. On April 24, the French government drastically reduced the sale of nicotine products in the country after a study suggested smokers may be less likely to be infected by COVID-19. While retail sales were curbed, online sales were completely banned.

A study by the Pitié-Salpêtrière, smokers are much less likely to suffer severely from COVID-19. “Nicotine may be suggested as a potential preventive agent against Covid-19 infection. Both the epidemiological/clinical evidence and the in silico findings may suggest that Covid-19 infection is a nAChR disease that could be prevented and may be controlled by nicotine. Nicotine would then sterically or allosterically compete with the SARS-CoV-2 binding to the nAChR. This legitimates the use of nicotine as a protective agent against SARS-CoV-2 infection and the subsequent deficits it causes in the CNS. Thus, in order to prevent the infection and the retro-propagation of the virus through the CNS, we plan a therapeutic assay against Covid-19 with nicotine (and other nicotinic agents) patches or other delivery methods (like sniffing/chewing) in hospitalized patients and in the general population,” the study said.

While nicotine may have some protective effect, smokers are not immune to initial infection. The Economist reported that With encouragement from the health minister, the organisations behind the Pitié-Salpêtrière study, which include the Pasteur Institute and the Sorbonne, are preparing trials. The plan is to offer nicotine patches to covid-19 patients, front-line workers and ordinary citizens. How they fare will be compared with control groups given a placebo. Nicotine is not thought to attack SARS-COV-2, the virus that causes COVID-19, directly but may however play an indirect role that involves a cell-membrane protein called ACE2, to which the virus attaches itself in order to gain access to a cell.

While further study is under way, it is highly inadvisable to assume nicotine as a cure. The tobacco element is still highly injurious to health. The french government’s move to reduce sale of nicotine products was to prevent a frenzy buying. Many people across the world had resorted to consuming harmful products after sporadic reports had emerged of their COVID-19 resisting capabilities.