Ellen DeGeneres to end her TV talk show after 19 years

The show’s viewership dropped by 1.1 million people this season 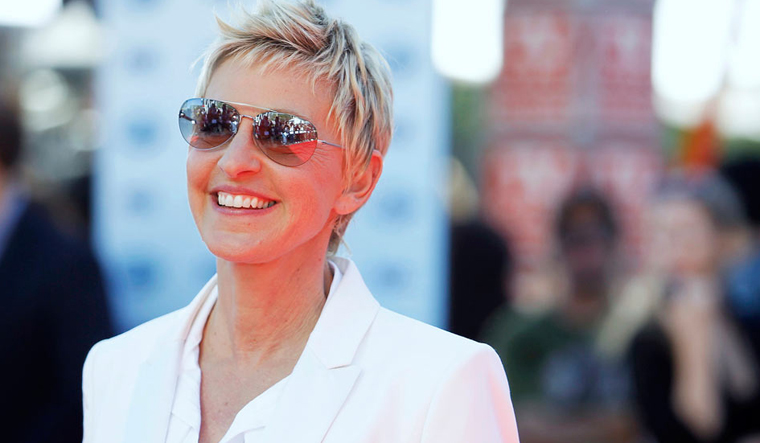 Ellen DeGeneres has said she is ending her  talk show after 19 seasons, according to reports. She has decided that her upcoming season will be the last, ending in 2022.

The star of daytime American talk show culture saw her ratings take a drastic hit last year after ‘toxic workspace’ allegations were levelled against her by former members of the team.

“When you're a creative person, you constantly need to be challenged – and as great as this show is, and as fun as it is, it’s just not a challenge anymore,” DeGeneres told The Hollywood Reporter, reveaing her decision to end the show.

Ellen, however, said she is not calling it quits because of the allegations. "But if I was quitting the show because of that, I wouldn't have come back this season. So, it's not why I'm stopping. All I cared about was spreading kindness and compassion, and everything I stand for was being attacked. So, it destroyed me, honestly," she told The Hollywood Reporter.

‘The Ellen DeGeneres Show’, which started airing in 2003 and is distributed by Warner Bros., has a mix of dancing, games and giveaways along with A-list celebrities. But the host, who built her brand on the motto “Be Kind,” opened season 18 in September with a lengthy apology.

In August last year, executive producers Ed Glavin and Kevin Leman and co-executive producer Jonathan Norman quit the long-running daytime series amid allegations of misconduct and harassment in the workplace.

The internal investigation into the hugely popular show was triggered by a Buzzfeed report in which several former employees shared experiences of harassment and racism while working on the show.

Later, actor Brad Garrett, who appeared on her show six times, tweeted last August: "Sorry but it comes from the top @TheEllenShow Know more than one who were treated horribly by her. Common knowledge."

DeGeneres was the recipient of the Kennedy Center's Mark Twain Prize for American Humor in 2015 and the Presidential Medal of Freedom under Barack Obama in 2016.