Comedy is going to be a big part of my life: ‘Lootcase’ director Rajesh Krishnan 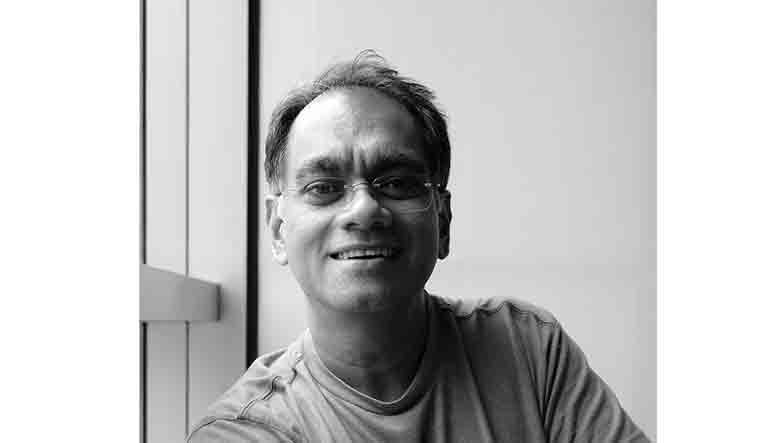 After completing his management course from NMIMS in 1995, Rajesh Krishnan went directly to work in the advertising industry. It’s been more than two decades now and Krishnan has lived a bit of all the worlds from making “more than 1,000 advertisements” to working with television channels (Channel V, Bollywood4U) and making a foray into the digital space by directing TVF Tripling.

“I thought it would be nice to see if I have the ability and if I have the bandwidth to tell a longer story,” said Krishnan on a phone call ahead of the release of his debut feature, Lootcase, on Disney+Hotstar. The madcap caper, starring Kunal Kemmu and Rasika Dugal, is a fun ride with great performances. Krishnan talks about the film and shares his experience with different formats.

Do you have a story behind how the film came into being?

We were relatively lucky actually. We just went to a couple of production houses and I knew Rucha from Fox (Star Studio). She called up saying, “RK I believe you have a story and you are not playing it to me.” I was not sure whether Fox will be interested in a film like this, but she said she would be. Few days later, Vijay Singh (former CEO, Fox Star) came for a narration. We are a bunch of clowns and we just enjoy good laugh. We just wanted to tell a story in a way where I could find my voice. All the greats that I really love have made wonderful comedies, whether it is Priyadarshan, Hrishikesh Mukherjee or Basu Bhattacharya sahab… look at David Dhawan sahab, or Rohit Shetty for that matter. They clearly have a voice. You might like some of their work; you might not like some of their work. What I am saying is that I see no two films of theirs looking alike, unless it’s a sequel and intended to be like that.

The whole idea was to go out and to do a kind of story, do a kind of comedy where one could express one’s voice. A lot of people tell me that the advertising work I do is interesting because there is a very distinct comedic voice and strong storytelling in it. So, I thought let’s see if we can go out there and tell a longer story. What if we can… That was a dream.

You have worked in three different formats – advertising, digital space and now films. Do you find any difference with the change of formats?

The skills are the same. There is a camera and there is an actor, there is the costume, make-up, technicalities…they are all pretty much the same. It’s the length of the graph. When you work in advertising, you are so used to working with a brief and there are a lot of constraints. You are really trying to say a really big story in a very small span of time. It’s a beautiful, disciplined format. You can’t take all day to tell a story. You immediately realise what is fat and what is muscle. Get rid of the fat. Keep it lean. From there, I worked in a [digital series] format where I didn’t have to call for a cut and the first couple of days were slightly weird because there is no overwhelming urge to say cut. In advertising, there is no shot that goes beyond three seconds. Here, there is no shot that is less than 10 seconds. They are starters and then there are some shots that go into a minute too. So for that, it was lovely because there are people who are starved for duration. The difference again is in the graph. In a series, you need to raise the graph in about 20 minutes. That’s the length of your episode. In a feature film, you have to have three graphs, divided across three acts. Your graph needs to be a lot more gradual. You get the advantage of time; you get the advantage of manipulating information if you want to. You can decide. You can choose how to release information. And then, you suddenly realise that sometimes there are a lot of choices and it’s not a good thing. It’s a curse. Sometimes, you long for the time when you are into advertising where you did not have choices. It’s when you experience these things; you know the layers of learning you go through.

Right now, we are discussing a lot of things – from the privileged place a person comes from to the existent hierarchy system or the star system. Because you have worked in three different formats, what is the pressure that comes with each of these formats besides the craft and the process of filmmaking?

In advertising, it’s clearly the client. There is a very clear understanding in terms of what are the deliverables. The client tells you, “I need to see the ad and I need to feel this about the commercial because this is what I briefed.” Advertising, as a format, is designed to impress people as against the long format, a series or even a film. Star system is only prevalent, I would imagine in a place like films. In advertising, it’s clear. There might be a hierarchical system, but it’s a lot more transparent I mean. In a feature film scenario, hierarchies are a little vague. There are producers who just want to work with A-listers and then there are producers who look to work with a guy or girl who can deliver certain things for him/her. For me, it’s that. When we wrote this script, we knew that there were a bunch of people who are capable of delivering it. I would lie to you if I say there was not a list. But there is a bit of luck of draw as well. We approached some actors who said they have done a subject like this. Then, sometimes the people you want to work say, “it is a very nice script but I am telling you that I am not suitable for this role”. And perhaps, he is right. I am only happy and glad to finally find a bunch of guys who you look at the credits and you say they were born to play these parts. I have absolutely zero regrets about every actor who came in. If I want to do this film again, I will work with exactly the same cast.

There was no representation from Lootcase at the Disney+Hotstar press conference to announce the seven releases. You have already said that that you were not involved with the marketing. But don’t you think the representation would have been good?

I just want to clear that in a film like ours, when you make a film, you are in-charge of it. At the end, you are making the film. Would we have liked Kunal in a place like that? Absolutely, yes. I want as much love as much I can get from the universe, especially for my debut film. Would we have liked him there? Yes, we would have liked the representation for sure. Do I see Kunal as a lesser [actor] than any of those actors? No, I see him as an extremely capable actor. There is not a film of his, which I look at and say, “you know what he bored me there”. Not really. There has not been a single frame in my film I have seen him and said, “I wish I had a better actor. I wish I had another actor.” You see what he has finally delivered in the film. We would have definitely liked to see him, you know, at least being represented at the universal conference. But like I said, I also genuinely believe that this film is as important to Fox and to Disney as it is to us. They are obviously doing what they can. They believe in the best interest. So, we are assuming whatever they have done is in the interest of the film. I am not trying to be diplomatic about it. We let them do their marketing because they let us do the film. That is how it works.

Also, the film was supposed to release in the theatres last year, right?

Yes, it was. In the interest of the film and from a place of concern, there was a real fear that these guys had and they were thinking that this film might not stand out [among other releases of the time] considering it’s a small film. We thought otherwise. We thought that the film could absolutely stand out. There was a lot of [audience] research done on the film and it came out flying in research. We believe that it could have easily stood against whether it was The Sky is Pink, or any other film after that. We were fairly confident. But well, that was not meant to be because they (the producers) were overly concerned about the fact that the other film might over shine this. I believe that Sky is Pink was a different kind of film. I also believe that Laal Kaptaan was a very different kind of film. These are times when you want to see people laugh. That, as a concept, is likely to continue now.

You haven’t even begun to see the aftermath, or the consequences of the great depression that this pandemic has cost us. Look at the number of people who are jobless. Look around and you will realise that how bad a thing it is. Look at the amount of negativity around us. It just feels like the film was meant for now. And if you can bring some joy to people, I will really consider myself lucky. Going forward, for next three-four years, every other project that we are considering right now is in this genre. I am absolutely considering my next project as an action-comedy. Comedy is going to be a big part of my life. As a genre, it’s very difficult, but if we can make a difference and if we can have a voice, I want to hold that flag.

Are you going to continue with making feature films now?

I will want to continue with as many forms of filmmaking that is available. The next thing could be a documentary. It could be on the life of somebody. After that could be an experimental film. It could be a series. I want to go out and say something that others are not saying.